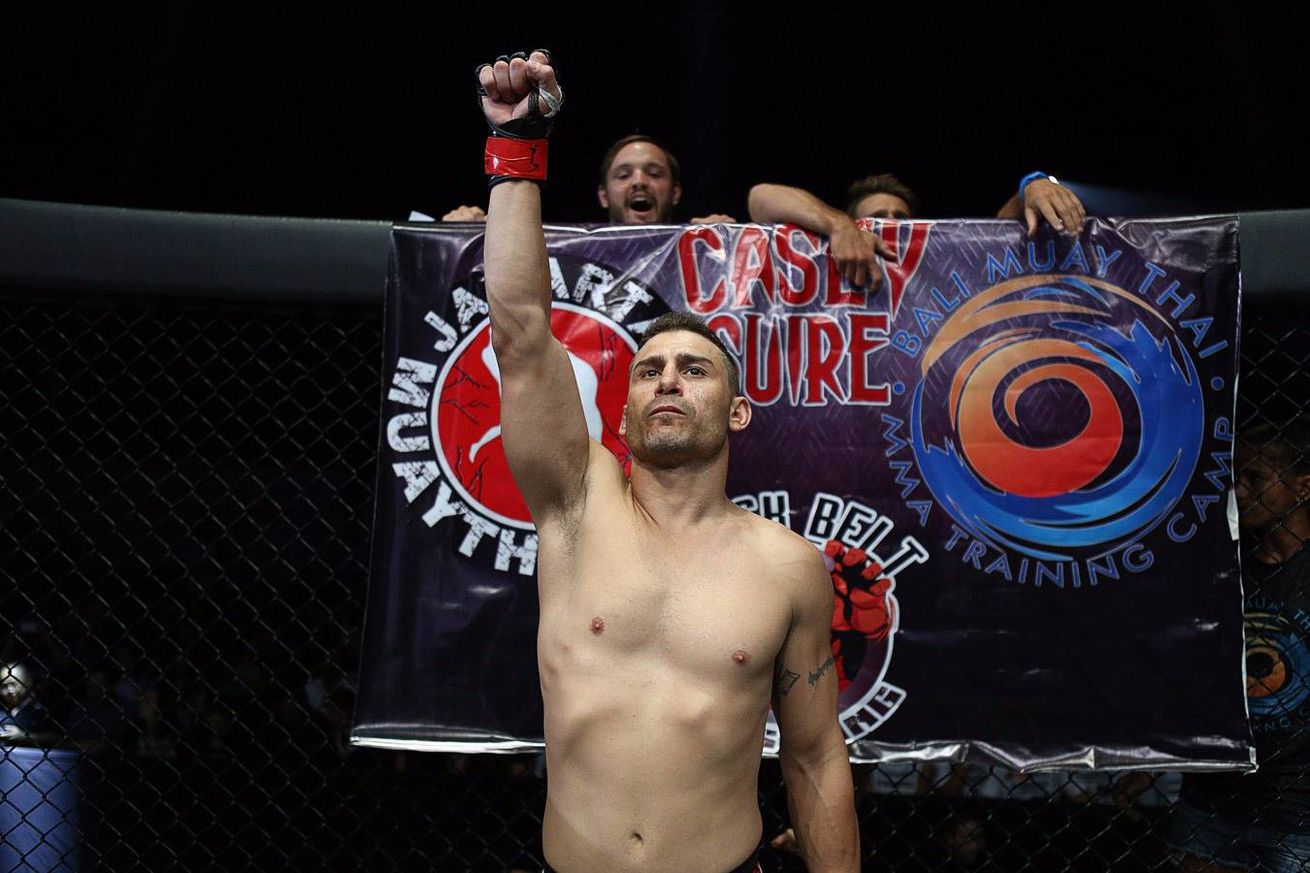 A One Championship fighter has died following a motorcycle accident.

Casey Suire, a 40-year-old bantamweight from Louisiana who had lived and trained in Bali, Indonesia was killed in a incident in Bali on Sunday. One Championship released the news Tuesday via Facebook post.

Suire had competed professionally since 2011 and had compiled a 6-2 record. He had competed with One since 2013, amassing a 3-2 record in the promotion. His last fight was a split-decision victory of Xie Ban on an Aug. 27 card in Jakarta.

“I first met Casey a little over four years ago at a press conference,” One CEO Victor Cui said via Facebook. “He’d already started to build a reputation in Indonesia as an exciting athlete and he continued to prove that in his career with ONE. He was talented but not arrogant, he was a focused athlete but you could see in his interactions with his teammates that he had an equal passion for life. An incredible human being, I wish I’d had more time with Casey, a little more time to get to know him myself. On behalf of ONE Championship, I extend our deepest condolences to Casey’s family. Our thoughts and prayers are with his friends and loved ones during these hard times.”