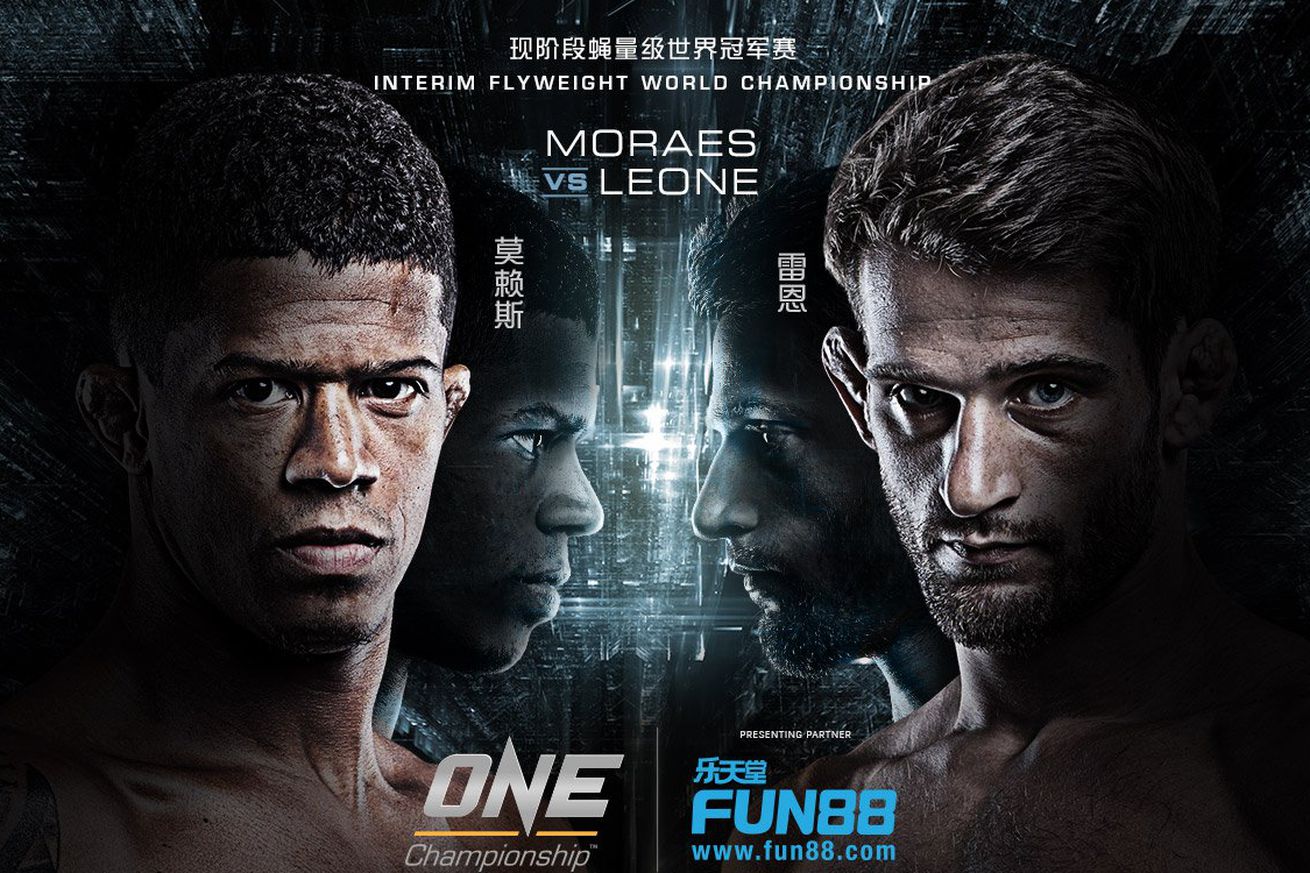 ONE: “Heroes of the World” mixed martial arts (MMA) event is set for the Cotai Arena in Macau this Saturday night (local time) and is headlined by an interim flyweight title fight between Adriano Moraes and Andrew Leone Tilek Batyrov. The card features several fights which have the potential to be title eliminators.

The likes of Adrian Pang, Christian Lee, Mei Yamaguchi, and Joshua Pacio will all feel that a win in Macau might be enough to ensure their next fight is for a belt while local interest is provided by Hong Kong’s Eddie Ng who takes on former ONE featherweight champion Honorio Banario.

ONE Championship’s strawweight division is still in its infancy meaning that either man could potentially secure a title shot with a win here. Kritsada Kongsrichai (4-2) comes from a wrestling background and is known for his takedowns although his striking is improving.

Joshua Pacio (7-0) fights out of Team Lakay and is more of an all rounder. He has Wushu based striking and likes a takedown, he might struggle to get Kongsrichai down but the Filipino’s stand up skills make him a slight favourite to win this fight.

Ma Hao Bin (2-1) is a former national wrestling champion and won both of his ONE Championship fights with a quickfire guillotine choke. He also got submitted by a relatively inexperienced fighter from Tajikstan which suggests that his grappling game is still not at the very highest level.

Chan Rothana (4-1) has a background in traditional martial arts but fights out of a serious MMA camp in Phnom Penh. His only loss was by DQ and he subsequently avenged it but ….View full article