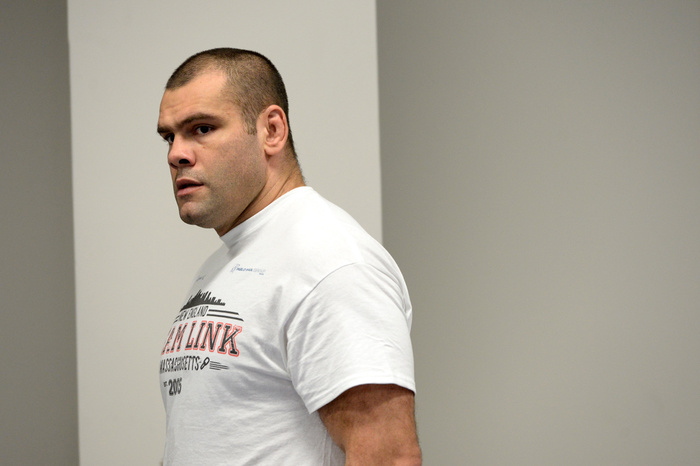 The UFC’s push into Europe is showing no signs of slowing any time soon.

James Elliott, the UFC’s relatively-new EMEA chief, will be bringing the UFC brand to Croatia for the first time on Sunday 10th April at Arena Zagreb in the nation’s capital city.

Being a European card, there is a smattering of the continent’s stars throughout the event—including an all-European affair as hometown hero Igor Pokrajac takes on Polish striker Jan Blachowicz on the main card.

However, it’s another heavyweight tilt that really catches the eye: Derrick Lewis vs. Gabriel Gonzaga, which serves as the show’s co-main event.

Former heavyweight title contender Gonzaga was set to face against Dagestani Ruslan Magomedov at this event, but Magomedov was forced out of the contest with a knee injury. Coming fresh off a quick, first round TKO win over Damian Grabowski in February, Lewis jumped at the chance to throw down once again just two months removed from that aforementioned victory in Las Vegas.

With a 14-4 record (5-2 in the UFC), Derrick Lewis is one of the few fighters who is as interesting outside of the cage as he is inside it—and that’s saying something considering “The Black Beast” has not went the distance in any of his wins, coming away victorious with 13 knockouts on his resume with one sole submission win rounding his record off.

Prior to fighting in the UFC, Lewis knocked out former UFC heavyweight Jared Rosholt. Rosholt was recently cut from MMA’s leading promotion despite boasting a 6-2 record in the Octagon. But, it would appear his reputation for not being the ….View full article