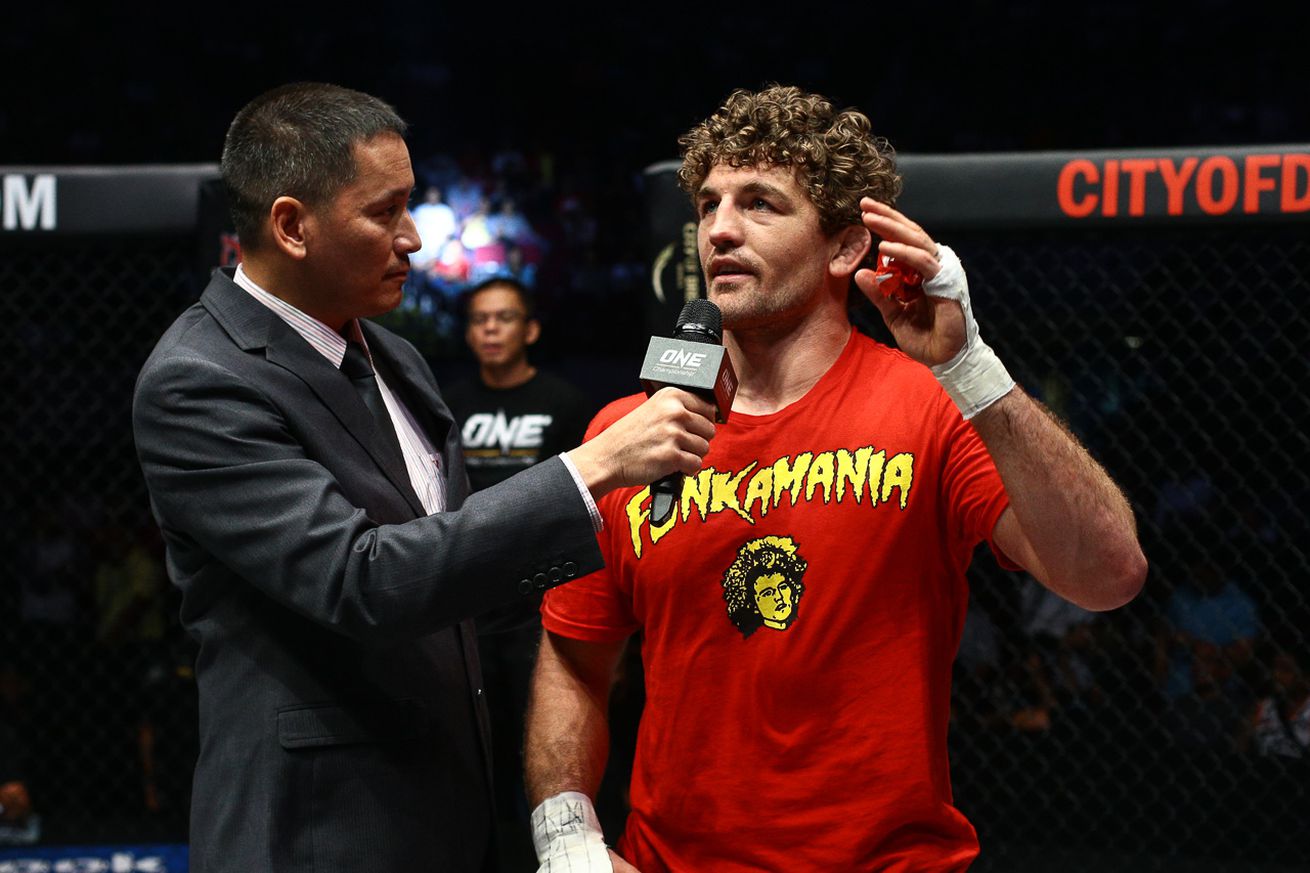 Ben Askren is finally set to return to the ONE Championship cage.

The promotion’s welterweight kingpin, who last fought in April 2015, is scheduled to co-headline ONE Championship 55 on May 26 against undefeated prospect Agilan Thani in Kallang, Singapore.

Askren (15-0) is still looking for his first title defense in ONE. In April 2015, his championship bout with Luis Santos ended in a no-contest after an unintentional eye poke. A year later, Askren defeated Nikolay Alexsakhin via unanimous decision, but the title wasn’t on the line since his opponent failed to make weight.

Thani (6-0), who racked up a 6-0 amateur record between 2013 and 2014, won six straight fights as a professional under the ONE banner, finishing every opponent he’s faced before the third round. Thani earned a shot at the 170-pound gold after submitting Jeff Huang in February.

ONE Championship 55, scheduled for May 26 at the Singapore Indoor Stadium, will also feature undefeated prospects in the main event, when atomweight champion Angela Lee (7-0) puts her title on the line for the second time versus Istela Nunes (6-0).