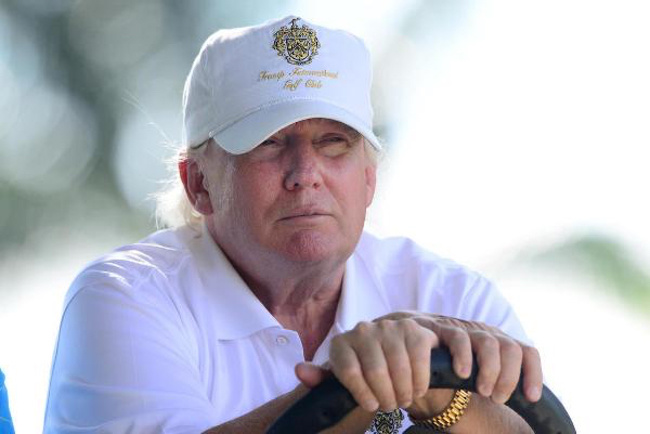 At this point, it might be easier to figure out who doesn’t have a Donald Trump Cheats at Golf story. Trump’s cheating ways on the golf course have previously been documented—the Washington Post has a nice round up here if you’d like to read—but this latest example is so brazen it warrants mention. Oscar De La Hoya, who is promoting a fight between a Mexican fighter and a Muslim fighter, says he golfed with Donald Trump on Trump’s own course two years ago and The Donald was shameless.

De La Hoya sets the scene at Trump National Golf Club in Los Angeles: the boxer was about to tee off on the first hole with a group of friends when the future Republican nominee for President of the United States approached them, asking if he could join. De La Hoya said “of course, this is your golf course.” Then, the good stuff:

The former boxing champion said Trump hit his first ball into the water, hit a second out of bounds, then a third into the water again. His fourth ball then went into the bushes.

“Donald, what he does is he tees off first so we go off to our balls and what do we see but Donald Trump right in the middle of the fairway,” De La Hoya said. “He said, ‘Hey look, I found my first ball.'”

On the next hole, a par-3, De La Hoya said Trump hit into some bushes and again went ahead of the other players in his cart. When the rest of the group got to the green, he said Trump’s ball was 3 feet from the hole.

“Hey look, I found my first ball.” I am not ….View full article