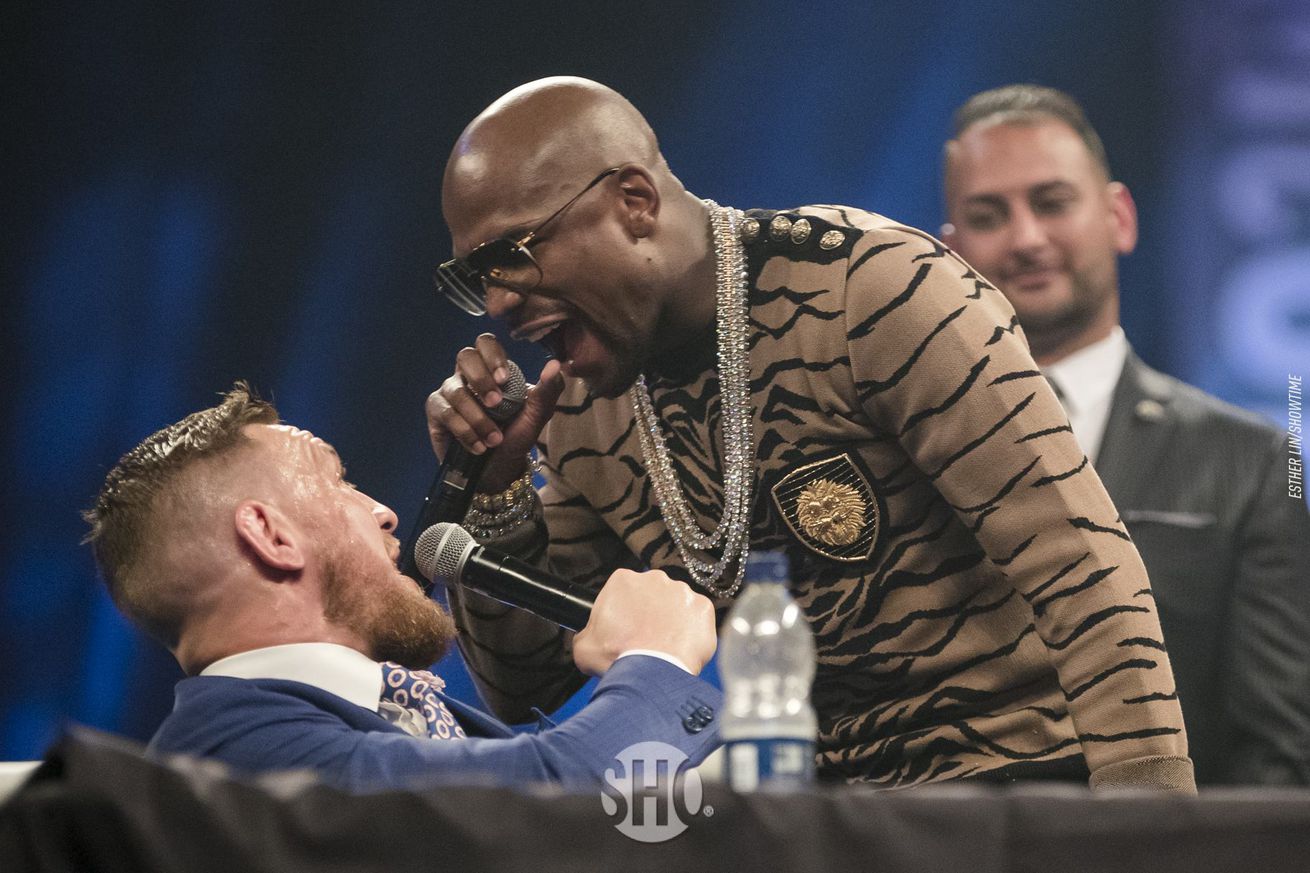 One of the most crucial meetings regarding the polarizing boxing bout between Conor McGregor and Floyd Mayweather will take place on Wednesday when the Nevada Athletic Commission will decide on the officials and glove size, among other things, for the Aug. 26 marquee.

On Tuesday, the Association of Ringside Physicians urged the commission to exercise “caution” in the hearing that will determine the glove size for the contest, after Floyd Mayweather made the request to change to smaller gloves at the beginning of August.

Although John Kavanagh and Owen Roddy previously suggested that the McGregor camp would prefer a referee that has some experience in mixed martial arts, Roddy has since claimed the appointment of the referee will have no bearing on the fight itself.

The acclaimed striking coach underlined that the glove size, whether 8 ounces or 10 ounces, is also unimportant.

“People think Conor’s going to be going in there throwing superman punches, spinning back fists and f**kin’ cartwheel punches – I don’t even know what they are!

“At the end of the day, when they both get in there, people are going to see that all of this stuff makes no difference at all.”

There has been noted criticism of referees from the boxing community following Mayweather fights in the past. Former heavyweight and cruiserweight world champion David Haye has previously gone on record to say that veteran referee Joe Cortez ruined any chances Ricky Hatton had in his 2007 bout with ‘Money’.

However, Roddy believes McGregor’s fighting style is so different that the referee will not be able to have an influence on the bout.

“I understand people have talked about the referees in Mayweather fights in the past,” he said.

“I remember when Ricky Hatton fought him a lot of people were up in arms. Ricky likes to get his head into peoples’ chests and rip the body with the left and right, turn the corner and land more shots.

“That was his style, so maybe in that situation it wasn’t good for him.

“That’s not what Conor’s doing, though. We’re happy. We don’t really care who the referee is to be honest.”