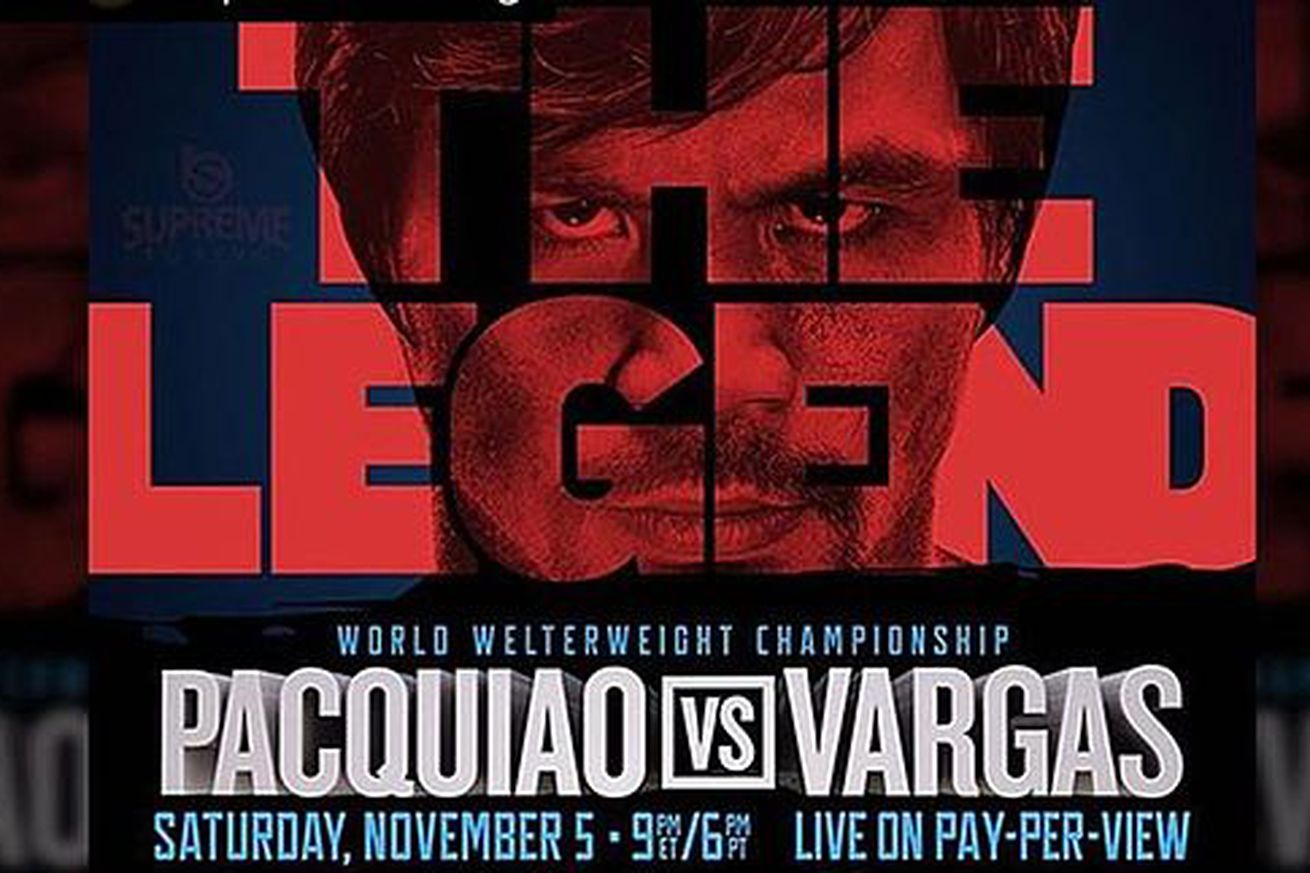 There hasn’t been a Manny Pacquiao fight week with as little fanfare as his showdown with Jesse Vargas tonight (Sat., Nov. 5, 2016) since perhaps his second meeting with Juan Manuel Marquez way back in 2008, However, one of the most famous athletes ever in all of combat sports is fighting tonight on pay-per-view (PPV), live from Thomas & Mack Center in Las Vegas, Nevada. Pacquiao, 37, who sports a record of 58-6-2, will challenge for the WBO Welterweight title against the aforementioned 27-year old champion, Vargas. Vargas, who hails from Los Angeles, Calif., with a record of 27-1, is coming off of a bounce-back win over Sadam Ali after notching the only loss of his career to Timothy Bradley back in June 2015.

The “Pacquaio vs. Vargas” undercard ain’t too shabby, either, featuring four WBO title fights. Indeed, it is quietly one of the deepest boxing cards of the year. In the co-main event, another member of the current royalty of boxing, Nonito Donaire (37-3), will defend his Super Bantamweight title against undefeated Jesse Magdaleno (23-0). In addition, undefeated Oscar Valdez (20-0) will attempt to defend his Featherweight strap against Hiroshige Osawa (30-3-4), while Shiming Zou (8-1-0) will take on Prasitsak Phaprom (39-1-2) for the vacant WBO Flyweight title.

That’s not all. Two 2016 Olympians are making their professional debuts — Super Featherweight Robson Conceicao of Brazil — who won a gold medal — and Lightweight Teofimo Lopez — who represented Honduras in Rio de Janeiro — will dip their toes into the professional waters for the first time.

MMAmania.com will deliver LIVE round-by-round, blow-by-blow coverage of the entire “Pacquiao vs. Vargas” fight card below, which is scheduled to begin on PPV (Top Rank) at 9 p.m. ET.

Many of our readers check-in before, during and after the televised action to share their ….View full article