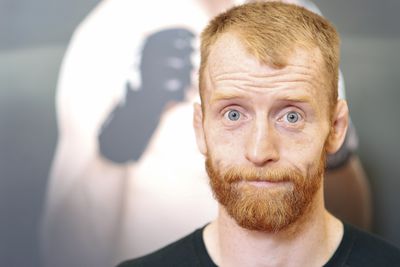 The UFC’s flyweight division is one of those weight classes where no clear impediments exist between the champion and the rest of its competitors.

This isn’t necessarily bad news for anyone not named Demetrious Johnson. While it may seem impossible to dethrone the champion, it’s very possible to at least fight him.

“Demetrious Johnson has cleared out the division, so people are working their butts off to become contenders,” said Holohan on Monday’s edition of The MMA Hour “But I think you can fight anyone and all of a sudden find yourself fighting for the belt.”

As things stand, the current top three threats to the 125-pound title are Joseph Benavidez, Jussier Formiga and Ian McCall.

Both Benavidez and McCall have failed to win in two tries against the champ, while Formiga — who’s never faced Johnson — has three losses on his record, all to opponents Johnson has already defeated. Because of the situation, fighters who aren’t currently top contenders can sneak into a title shot.

In fact, four out of the Johnson’s seven title defenses have been against opponents ranked lower than the top four. Ali Bagautinov and John Moraga were ….View original article