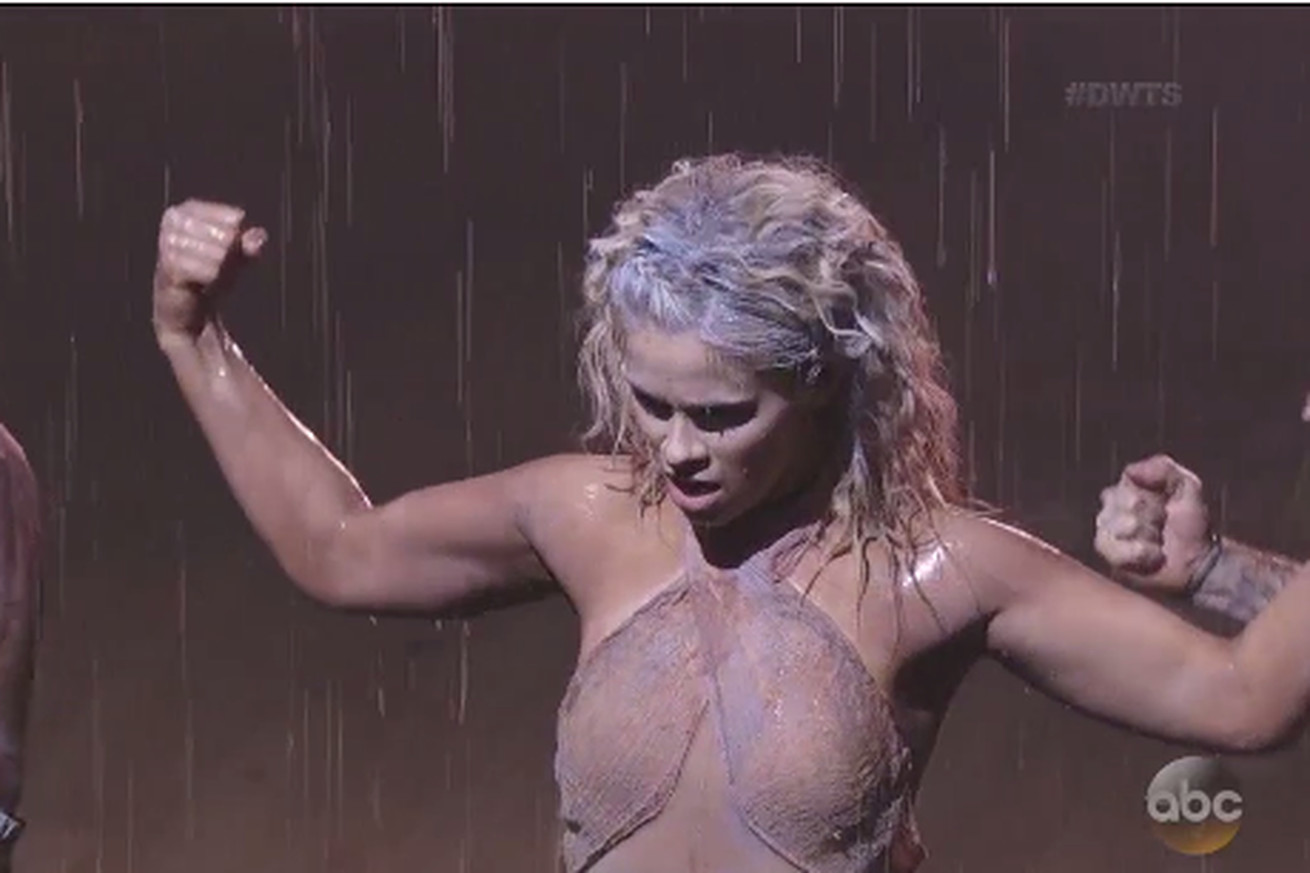 Paige VanZant is inching closer to winning “Dancing With The Stars.”

The UFC darling advanced to the semifinals Monday night after nailing a Viennese waltz with partner Mark Ballas and putting on a great paso doble performance with Ballas, NFL player Antonio Brown and dancer Sharna Burgess in team competition.

VanZant and Ballas scored a 28 out of a possible 30 for their Viennese waltz, which was somewhat of a take on “Game of Thrones.” VanZant was dressed as a kind of ice queen and Ballas was a Jon Snow lookalike.

Later in the show, VanZant and Ballas were matched up with Brown and Burgess on judge Carrie Ann Inaba’s team. The foursome danced a paso doble with a god theme. Brown and VanZant were paired together in the latter half of the dance, resulting in plenty of Brown lifting and throwing the UFC strawweight.

Inaba’s team earned a 29 out of a possible 30, which was added to the previous score. VanZant and Ballas were ruled safe before the end of the episode.

There are only two more weeks left of the 22nd season of “Dancing With The Stars.” Next week is a kind of semifinal round, while the week after is the finals.

VanZant, 22, has been one of the favorites to win “DWTS” since early in the season. She’s a fighter, but has experience as a dancer growing up.

Last week, MMA Fighting’s Ariel Helwani reported that VanZant will not be a part of the UFC’s big UFC 200 week due to all the work she has put in on “Dancing With The Stars.” VanZant is now targeting a return in late August.

Being on the show has been terrific for VanZant, who has seen her profile raised and her social media followers multiple.