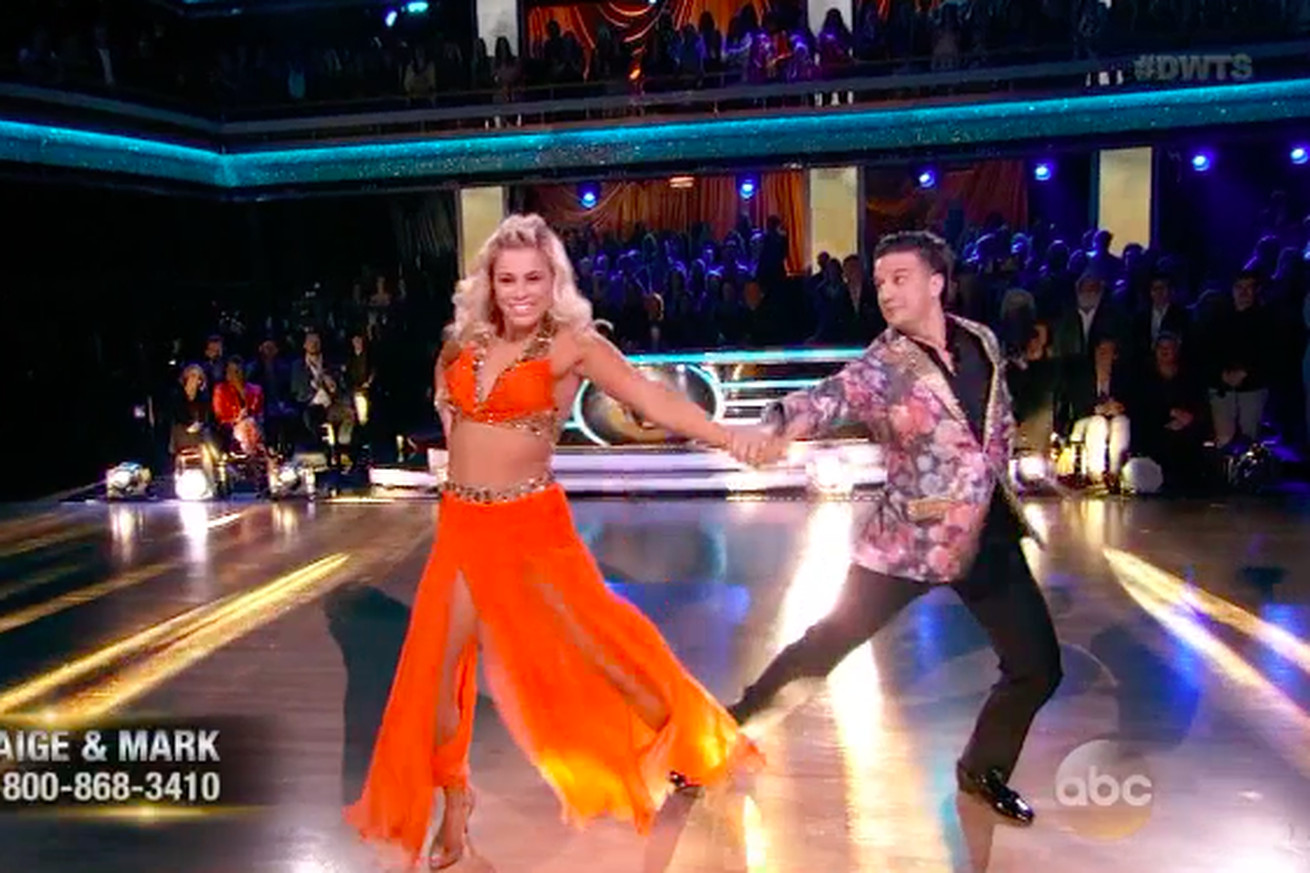 Paige VanZant has some moves. And not just takedowns and submissions.

The fan-favorite UFC fighter became the the latest MMA fighter to appear on ABC’s popular “Dancing With The Stars” program Monday night. She and partner Mark Ballas debuted on the 22nd season of the show with a fox trot. Their team now is #PowRightInTheKisser.

VanZant, a former dancer, model and actress, earned a total score of 21 for the performance from the three judges. “12 Gauge” is actually the favorite to win the season due to her dancing background. VanZant, a member of the women’s strawweight division, routinely posts videos of herself dancing on social media.

VanZant, 21, is coming off a fifth-round submission loss to Rose Namajunas in December. Before that, the Team Alpha Male product won her first three UFC fights. She has earned a sponsorship with Reebok and a strong fan following in her short time in the promotion.

After her dance, VanZant told interviewer Erin Andrews that she wanted to be an inspiration to women and show a different side of fighters.

Urijah Faber and manager Mike Roberts were in the audience Monday night to support her. The show airs live from Los Angeles.