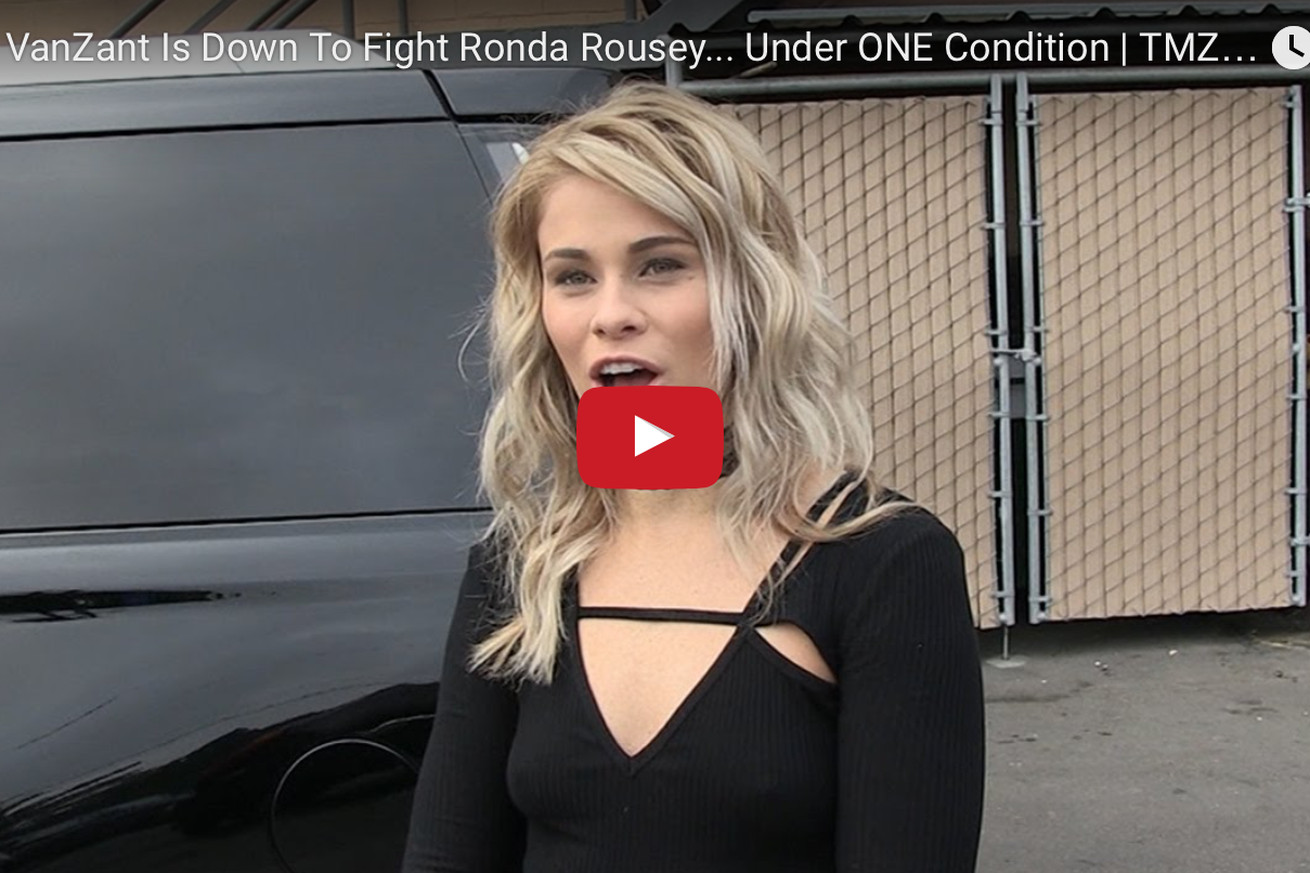 That includes top strawweight contender Paige VanZant, who sounds willing to meet “Rowdy” halfway. “!2 Gauge” competes at the 115-pound limit and fights Michelle Waterson this weekend in Sacramento on FOX.

That would certainly settle this recent beef.

Like VanZant, Rousey has her own contest to worry about this month, thanks to a UFC 207 pay-per-view (PPV) title fight opposite Brazilian bomber Amanda Nunes. “Rowdy” hinted at a possible retirement in 2017, but that could all depend on the outcome of her “Lioness” fight.

VanZant vs. Rousey … who wants it?