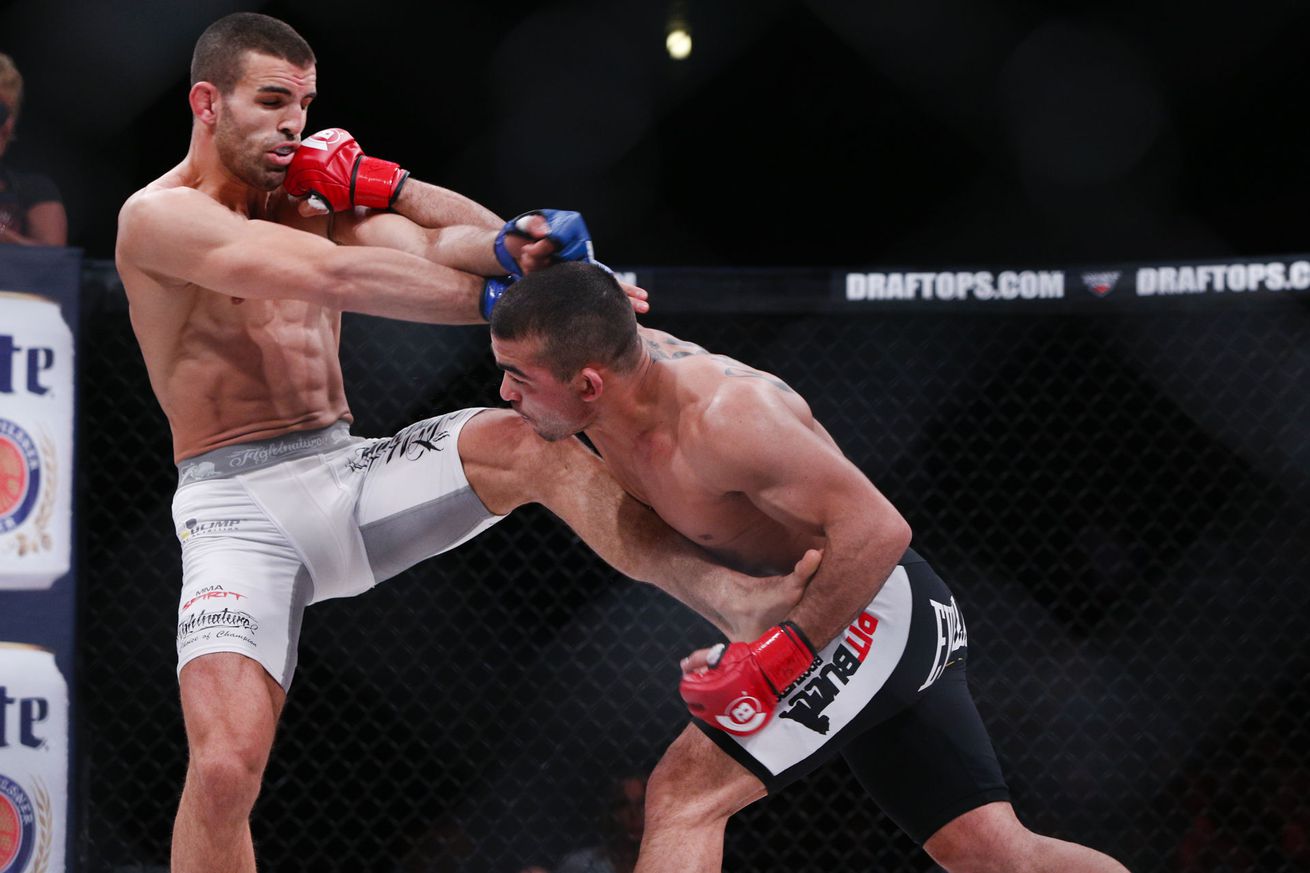 Patricio Freire is waiting for a date for his next title defense.

Now a two-time Bellator featherweight champion after tapping Daniel Straus in April, “Pitbull” told MMA Fighting he expects to return to action in October or November in a rematch against Daniel Weichel.

“He has earned another title shot,” Freire said. “I’m a champion and I have to defend my belt, but this is someone I already knocked out. Before the knockout, he knocked me down hard and paid for it. It’s going to be a good fight. He’s a well-rounded fighter and we will put on a show for the fans.”

Freire handed Weichel his only loss in nine Bellator bouts, finishing him 32 seconds into Round 2 after being badly rocked in the opening round of their June 19, 2015 encounter. “The Weasel” is 4-0 since that night, while the Brazilian dropped two out of four, including a lightweight bout with Ben Henderson when he fractured his fibula.

“I haven’t seen many changes in my opponent. The only change I’ve seen is that he protects his chin more now,” Freire said. “I’ve added more techniques to my game, going in and going out. Everyone saw my karate stance against Ben Henderson and Daniel Straus. I pretty much wasn’t hit in those fights, and my attacks were almost 100 percent accurate.”

The recently announced main event for Bellator 186 is Ryan Bader vs. Linton Vassell for the light heavyweight crown on Nov. 3, while rising prospect James Gallagher takes on Jeremiah Labiano in the Bellator 187 main event in Dublin, Ireland, a week after.