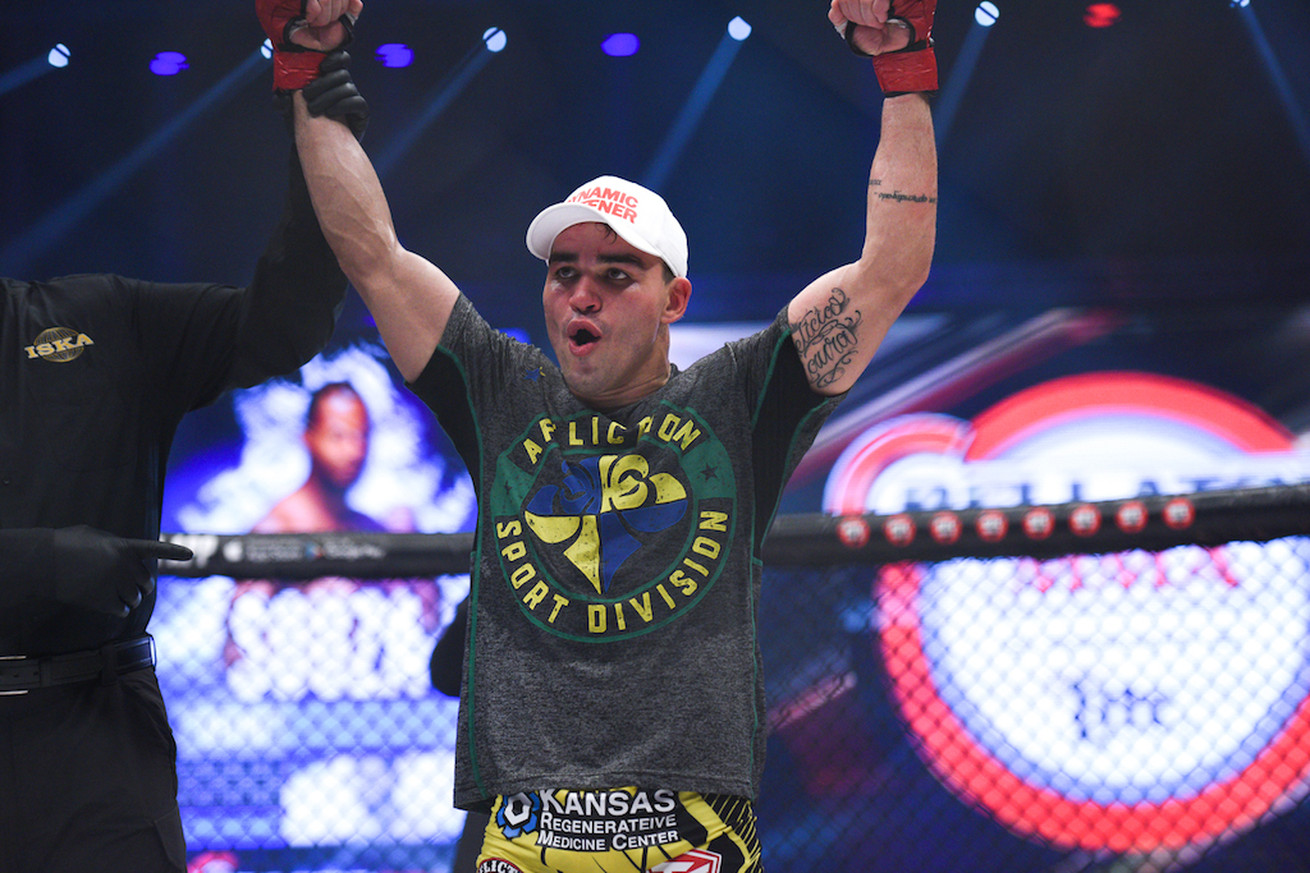 Bellator made its first trip to Italy on Saturday, and Patricky Freire moved one step closer towards a shot at the lightweight belt.

Coming off a quick knockout win over Ryan Couture in January, “Pitbull” battled UFC veteran Kevin Souza for 15 minutes, scoring his ninth win under the Bellator banner with a unanimous decision.

Souza, who moved up to 155 pounds to replace injured Derek Campos on five days’ notice, tried to use his longer reach to surprise Freire standing, but the longtime Bellator veteran used well-timed takedowns to surprise the UFC veteran and score points. “Pitbull”, who hopes to face lightweight champion Will Brooks next, is 6-2 in his past eight bouts.

In the co-main event, Alessio Sakara did not disappoint the Italian crowd against Brian Rogers. Born in Rome, “Legionarius” started forced Rogers to walk backwards during the first minutes of the fight, but had no answer for Rogers’ well-timed takedown in the opening round. The scenario changed in the second round, with Sakara defending a takedown attempt and landing hard shots to finish the fight.

“In front of the people I was feeling like a dynamite,” Sakara said through a translator after the fight. “They gave me all the power.”

Rising featherweight prospect AJ McKee Jr. also impressed in Torino. Matched up against Danilo Belluardo, the 21-year-old talent needed less than three minutes to improve to 4-0 in MMA with his fourth first-round stoppage, putting his opponent out with head kick followed by two hard punches.

“When Scott Coker signed AJ McKee to the division, he signed me up to do two things: one, kick ass; two, entertain the people,” McKee ….View full article