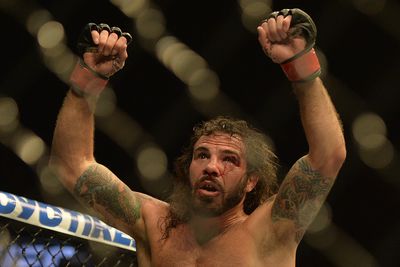 UFC Fight Night 63 is in the books and payouts and salaries are in the checkbooks. Here’s a complete list of last Saturday afternoon’s (April 4, 2015) earnings for all the fighters competing at the “Mendes vs. Lamas” FOX Sports 1-televised event in Fairfax, Virginia.

UFC Fight Night 63 fighter payouts and salaries for the athletes who competed at the “Mendes vs. Lamas” FOX Sports 1 event last weekend (Sat., April 4, 2015) from inside Patriot Center in Fairfax, Va., were released earlier this afternoon by that state’s Boxing, MMA and Wrestling Advisory Board.