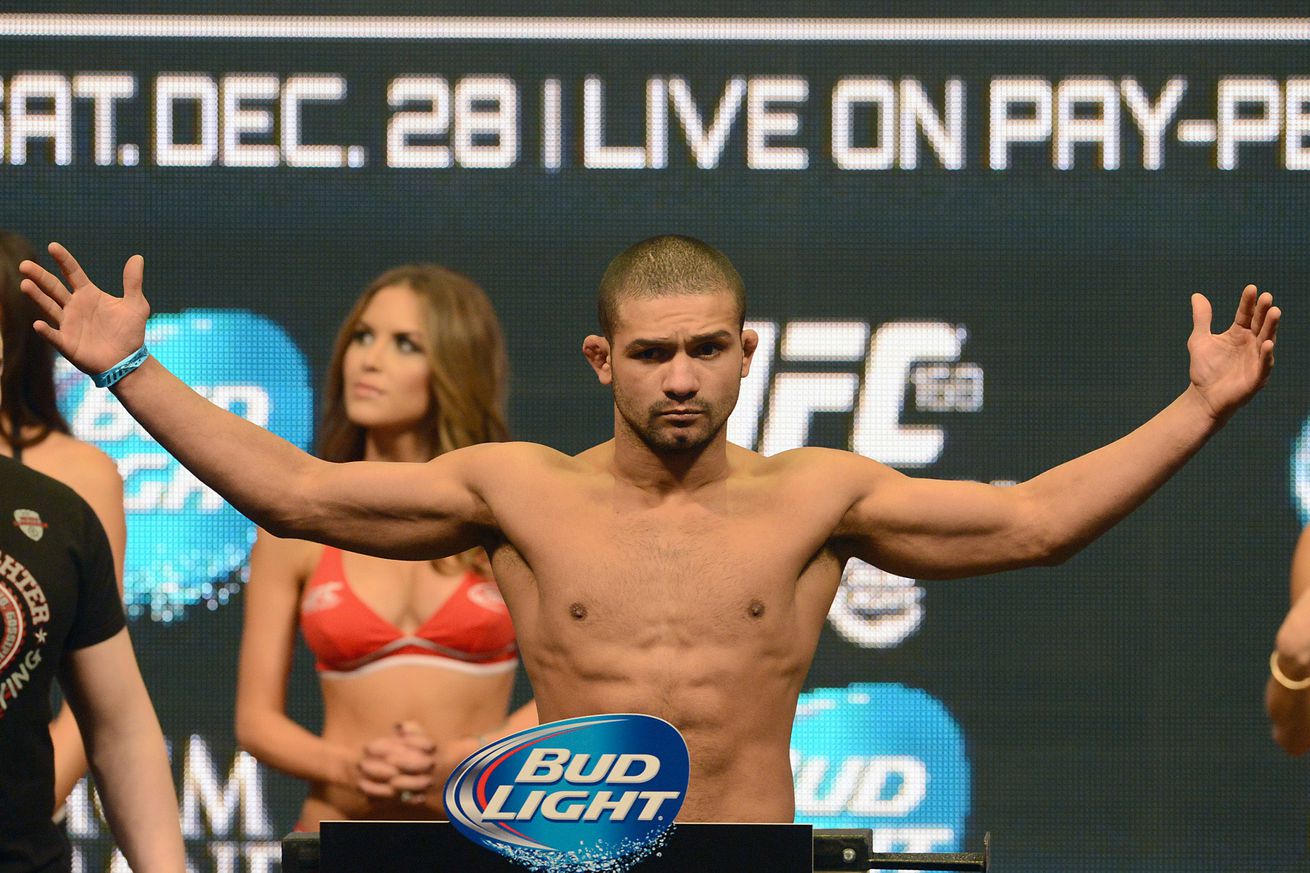 I’m pretty sure this isn’t what he had in mind.

Not long after “DB” popped for marijuana in the wake of UFC 195, the Brazilian standout was arrested in Albuquerque, New Mexico, for allegedly getting drunk and whipping out a gun after a nightclub bouncer told him to beat feet.

In a recent statement (read it), UFC said it was “concerned” by the allegations but would take no action until more information became available.