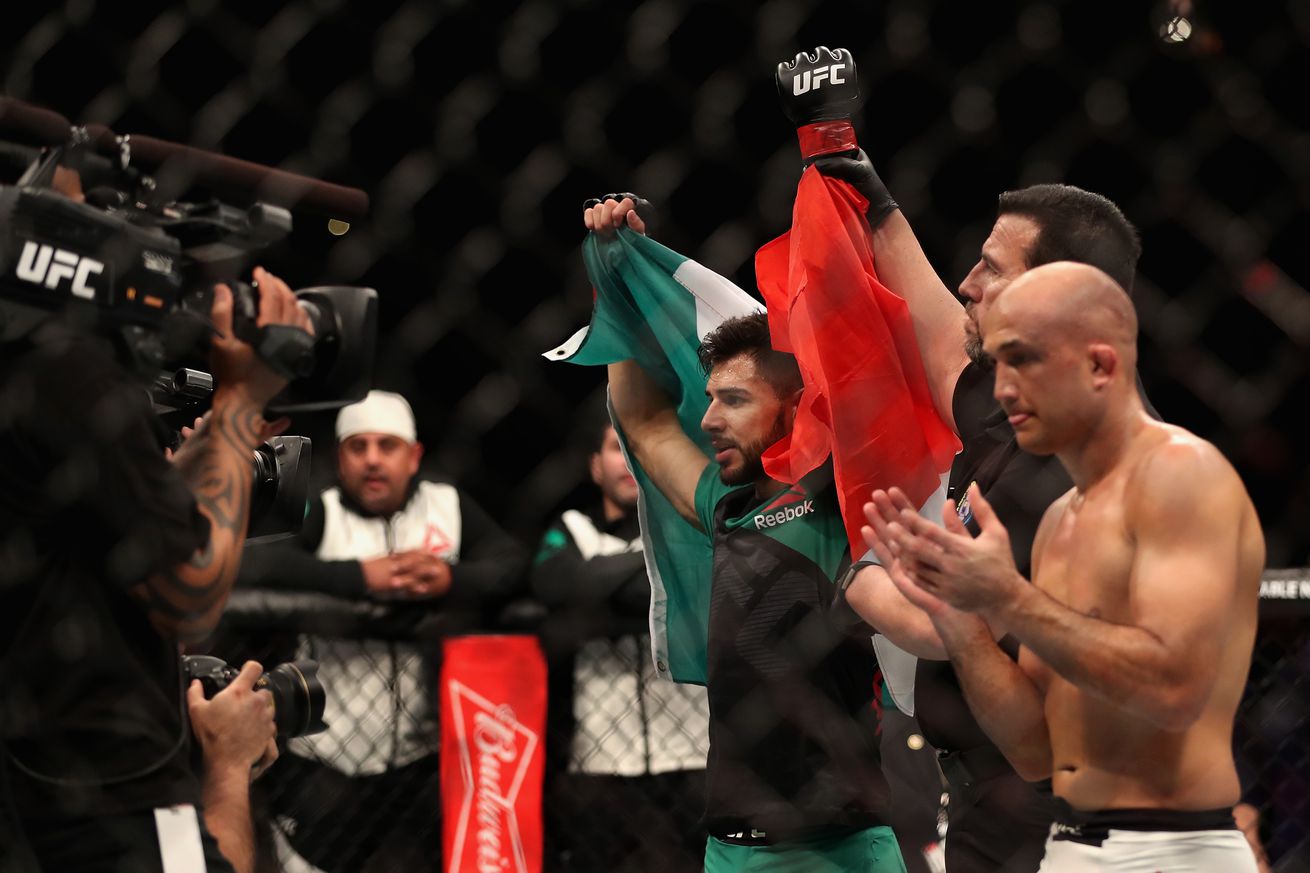 After two straight monster numbers in January for Conor McGregor vs. Dennis Siver and Dominick Cruz vs. T.J. Dillashaw, Sunday’s first UFC event of the year did closer to usual numbers.

The Fight Night from Phoenix, which went head-to-head with the Kansas City Chiefs vs. Pittsburgh Steelers NFL playoff game, did 1,090,000 viewers. The football game did 37,113,000 viewers, and hit the same male sports fan demo that the UFC hits, so likely took a major chunk out of the viewership. While the show did 10 percent above the 2016 year average, the similar January shows promoted during FOX’s NFL broadcast in the afternoon both topped 2 million viewers.

The peak rating, after the football game had ended, came after midnight during the B.J. Penn vs. Yair Rodriguez main event. That fight did 1,604,000 viewers.

FS 1 had the most viewers of any cable sports network on Sunday night throughout the prelims and the main card.

The prelims did 824,000 viewers, a big surprise considering the NFL competition and that there were no major names during those two hours. The prelims had a battle of debuting lightweights, Drakkar Klose vs. Devin Powell, as the top fight. It was the fifth-best prelims number of the last 12 months.

The post-fight show did 364,000 viewers, which tied the May 29, 2016 show headlined by Cody Garbrandt vs. Thomas Almeida for the third-best after a Fight Night in history.

However, the pre-fight show did only 113,000 viewers, going against monster numbers pulled by the Dallas Cowboys vs. Green Bay Packers game, which did more than 48 million viewers, the most watched divisional playoff game in more than 20 years.