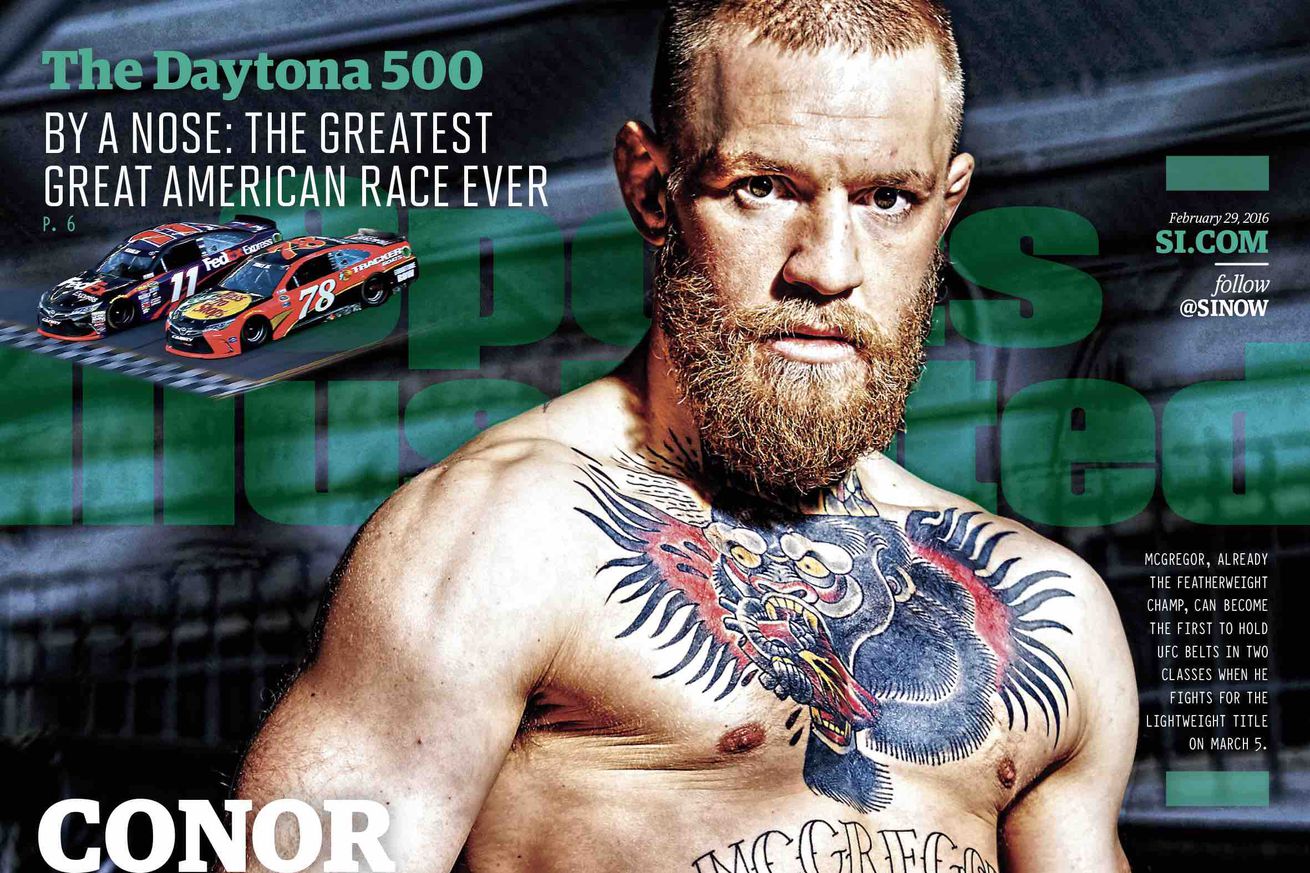 It’s not the coveted Swimsuit Edition, but a cover is a cover.

Ultimate Fighting Championship (UFC) featherweight champion Conor McGregor will grace the cover of the next issue of Sports Illustrated, which is slated to hit SI.com on Weds., Feb. 24, 2016 accompanied by a short film dubbed: “Conor McGregor Unfiltered.”

McGregor is the first male mixed martial arts (MMA) fighter to earn the honors since Roger Huerta did it way back in 2007 for his push kick on Leonard Garcia at UFC 69.

In the latest issue of SI, Conor opens up about how he went from humble beginnings in the sport to becoming perhaps the biggest star currently on the UFC roster. He also chimes in on his extravagant lifestyle as well as his future plans.

Of course, those plans will no longer include a lightweight title fight against division champion Rafael dos Anjos — at least for now — as “RDA” was forced out of their UFC 196 fight on March 5, 2016 in Las Vegas, Nevada with an injury.

To learn more about that unfortunate situation click here and here.