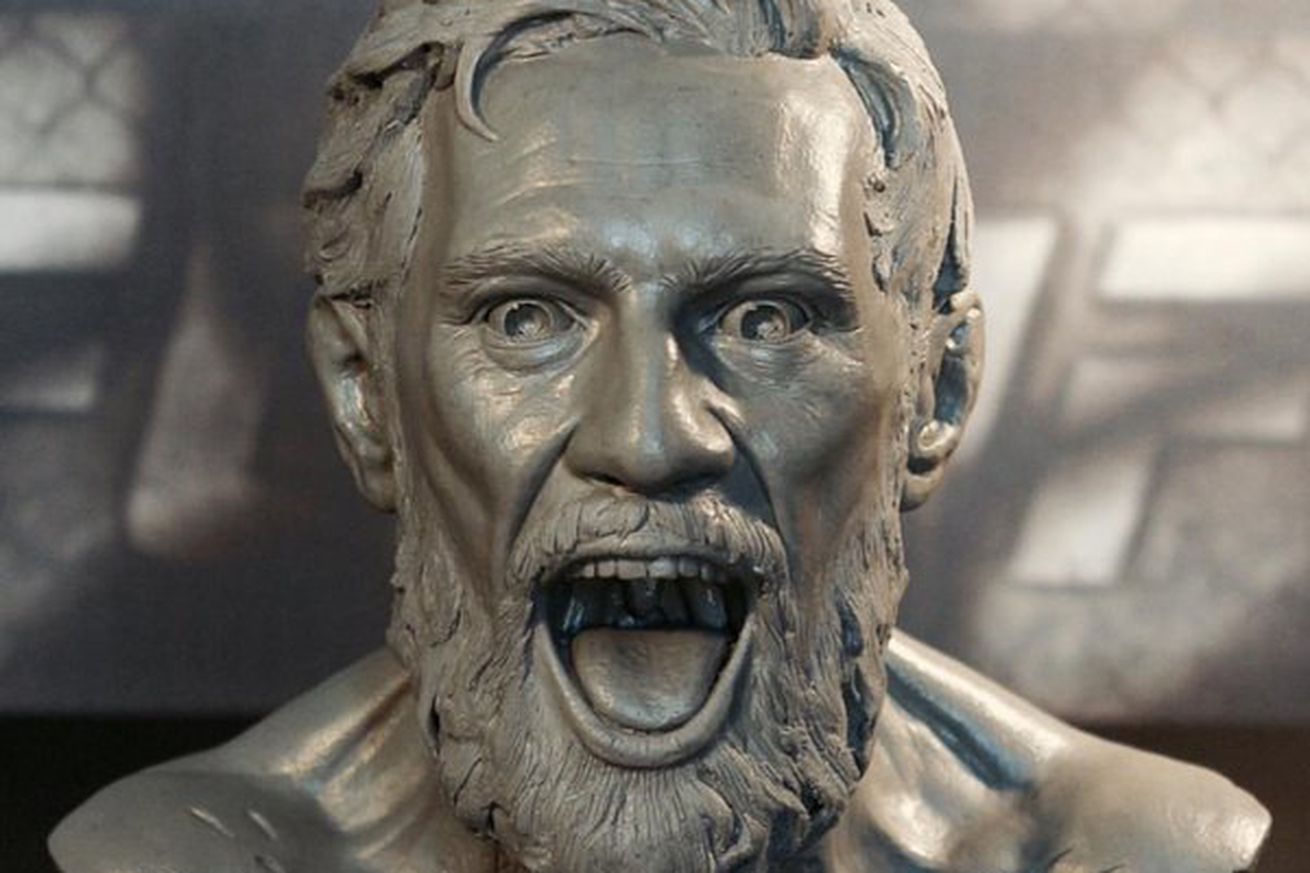 French sculptor @Jbseckler working on a bust of @TheNotoriousMMA pic.twitter.com/Xtr8v7isD9

There’s no better way to cement your legacy in professional sports outside of having your likeness immortalized in sculpture.

While Conor McGregor has much ground to cover if he wants what accomplished mixed martial arts (MMA) champions like Randy Couture have achieved, a French sculptor by the name of Jean Baptiste Seckler has taken it upon himself to provide “Notorious” with the immortality he so desires.

The boisterous Irishman might not carry Hall of Fame status just yet, but if he continues on in his quest to rack up multiple belts in 2016, we just might be talking about a special spot in the hall’s of ZUFFA headquarters reserved just for him.

As for McGregor’s next crack at gold, the current featherweight titleholder looks to add the 155-pound strap to his collection when collides with dangerous Brazilian Rafael dos Anjos at the UFC 196 pay-per-view (PPV) on March 5, 2016.