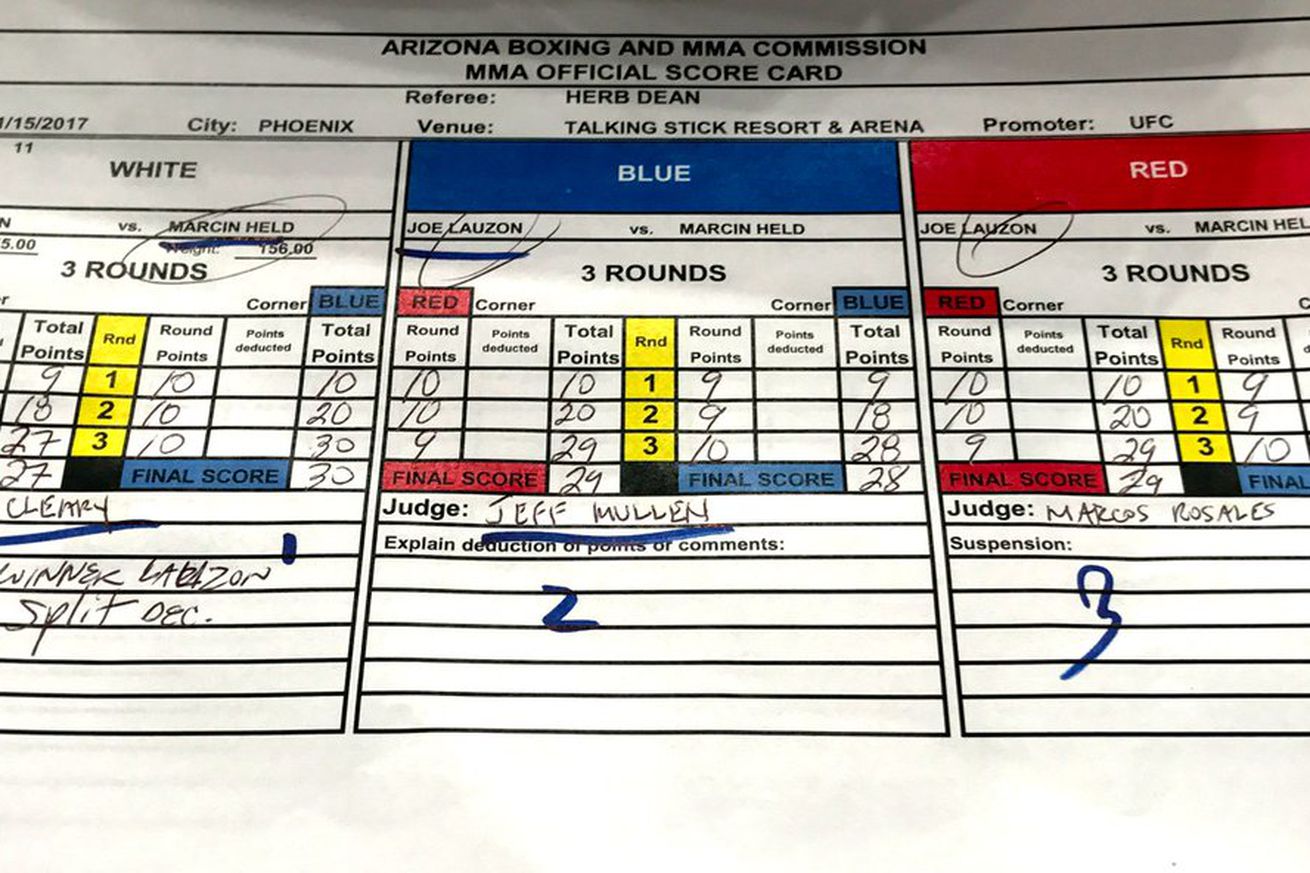 The end result was a split decision win for Lauzon, one that many folks in the mixed martial arts (MMA) community believed rightly belonged to Held.

“I didn’t think I won the fight,” Lauzon said after the UFC Fight Night 103 co-main event. “I thought I had the first round, but then I thought he took the second and third. The second could’ve been what they gave to me, but I did not think that I won at all. It was 100 percent him.”

Held dropped his second straight since transitioning from the ranks of Bellator but may not be in jeopardy of getting cut based on the wonky nature of last night’s decision.