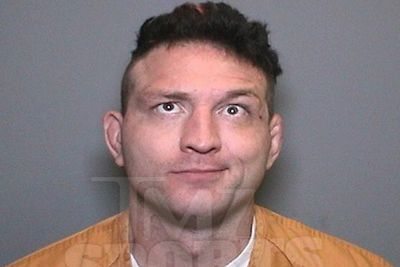 TMZ, as you might expect, got its hands on his latest mugshot. Aside from those crazy eyes, Miller appears to be taking a page from “The Rock’s” playbook and hitting his shutterbugs with the “People’s Eyebrow.”

While he may not be taking things seriously (yet), Miller’s demeanor may change when he gets in front of the judge early next week. This isn’t the first time the embattled mixed martial arts (MMA) fighter found himself on the wrong side of the law and it may be just a matter of time before a judge decides to send a message.

Whether or not that message is delivered on Oct. 26 remains to be seen.