Home MMA News Pic: Nate Diaz got so huge he may have to fight Conor McGregor at light heavyweight
ShareTweet 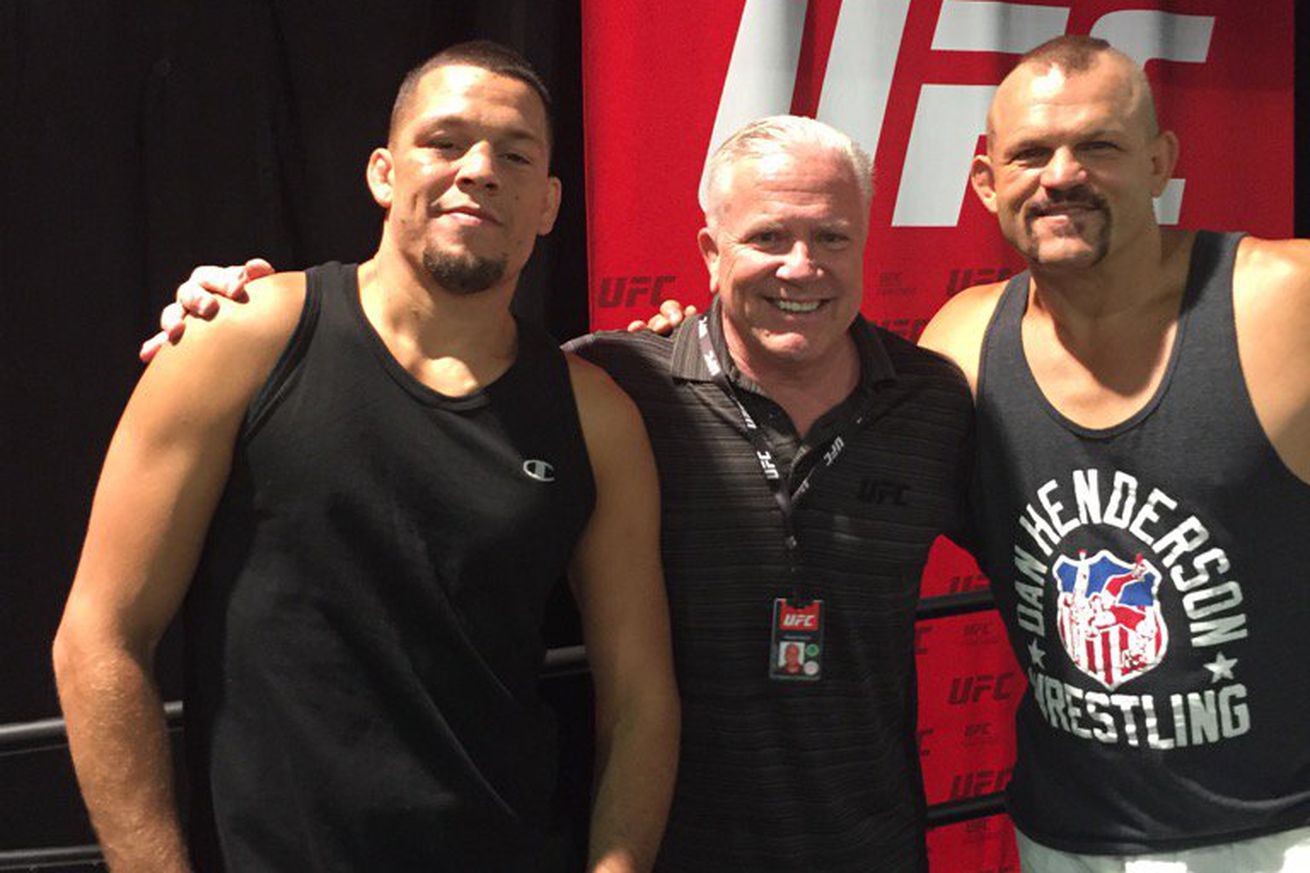 Feeling safe flanked by two of the baddest men on the planet. @NateDiaz209 and @ChuckLiddell. #UFC pic.twitter.com/fapCHEmB4e

Is this an optical illusion? Trick photography?

Guys, I think we found the REAL reason the almighty Conor McGregor, a god among featherweights, was unable to beat Nate Diaz — an alleged lightweight — when they fought at UFC 196 back in March.

Sure, the UFC 202 promos ahead of their 170-pound rematch have already reminded us that “Notorious” ballooned up 25 pounds to save the late spring pay-per-view (PPV) card, but I don’t think any of us realized McGregor was facing a natural light heavyweight.

LOOK AT DIAZ MY GOD HE’S A MONSTER.

He’s the same size as Chuck Liddell! Look, I know the camera adds 10 pounds but even so, that would only make him a small middleweight so I really have no other explanation for this revelation. I hope he does not miss weight because there is less than one month to go before Diaz has to get on the scale.