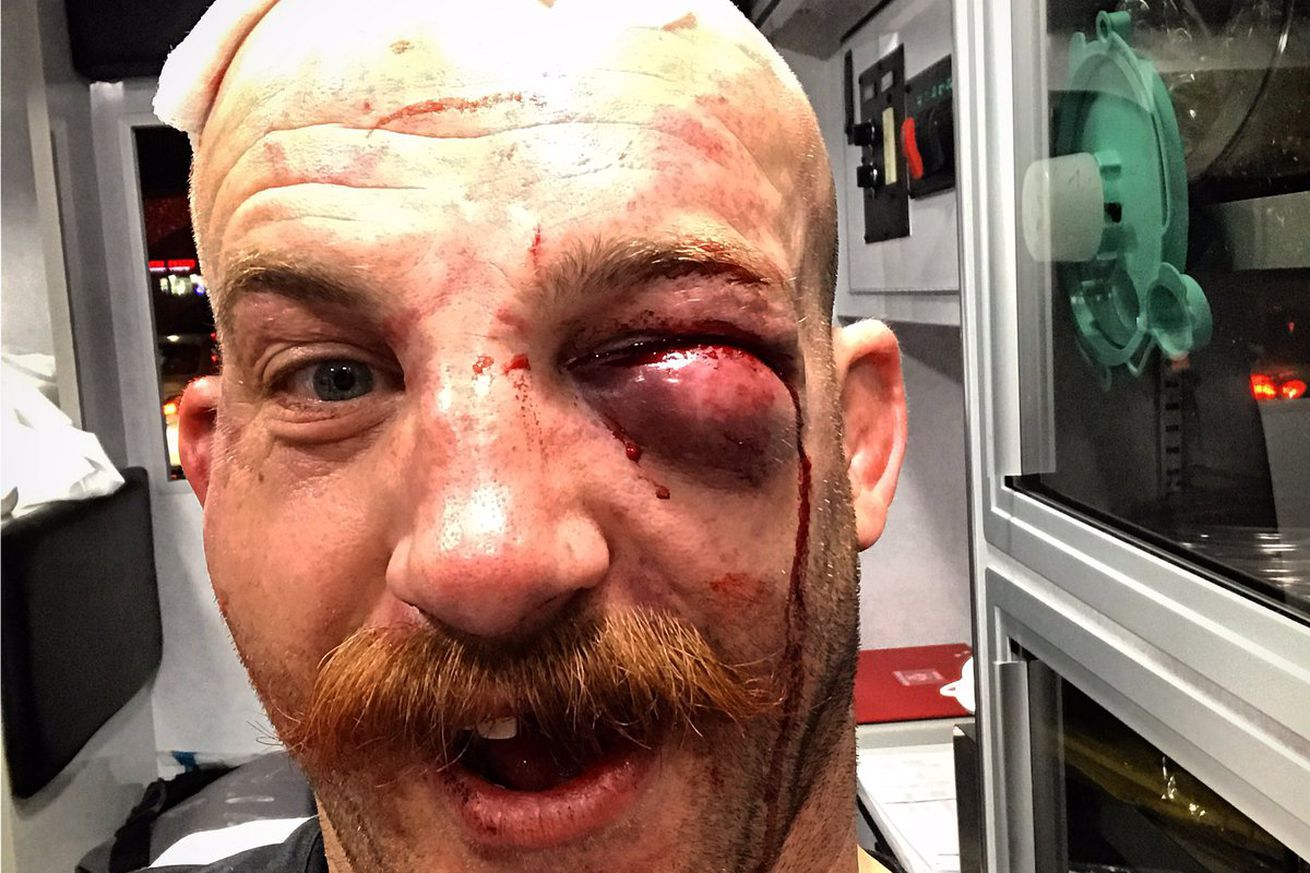 Patrick Cummins walked out of the Octagon following his brutal fight against Gian Villante at UFC on FOX 25 in Uniondale, New York with a split-decision victory after three intense rounds of action.

Shortly after his win, “Durkin” had to take a trip to a nearby hospital for evaluation, as he suffered much damage in the Light Heavyweight affair, which saw him receive a gash on his had via a headbutt that caused plenty of bleeding.

As for the rest of his face, well, it didn’t fair too well, either, as evidenced by the “ambulance selfie” embedded above.

Despite taking quite a licking, Cummins walked away with the victory to earn back-to-back wins for the first time since 2014. For Villante, the loss is his second straight after getting knocked out by Mauricio Rua in his previous outing.

For play-by-play coverage and full results for UFC on FOX 25 click here.