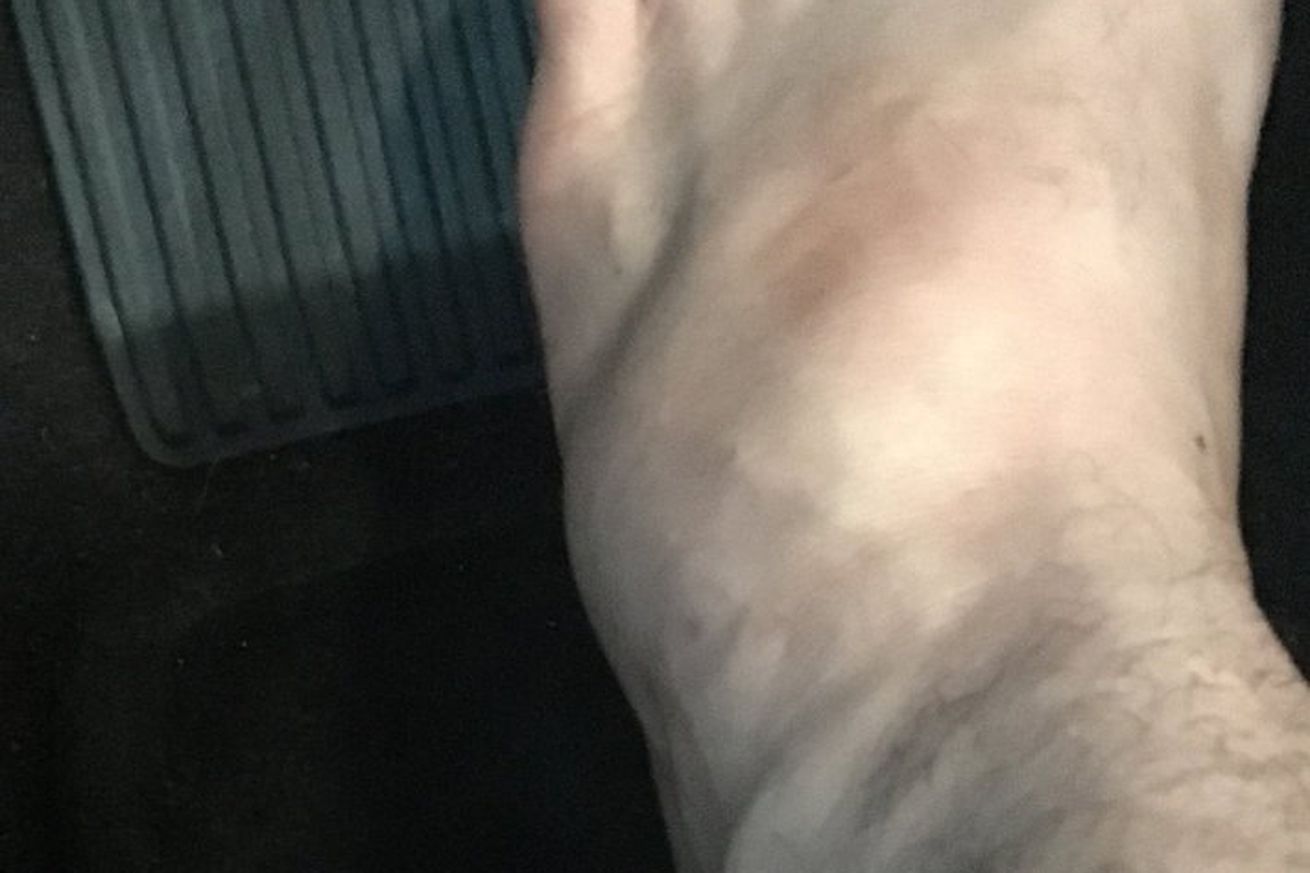 The proof is in the pudding:

Sorry to all my real fans and @ufc, I never cancel any fight due to injury but accidents happen #Jesus #truechampion pic.twitter.com/wrV58w9KaS

No, he didn’t break it while running away from the McGregor fight.

Instead, it was fractured while kicking a sparring partner during camp. As former UFC featherweight champion Jose Aldo can attest, thanks to a broken rib that booted him from UFC 189 last July, the gym can be just as dangerous as the Octagon.

“We were sparring, and Rafael threw a kick at the knee of the kid that was training with him. He immediately stopped kicking, put his foot on the ground, and felt a little pain. He put some ice, and couldn’t walk normally. He put more ice during the weekend to see if he would be able to train on Monday. On Monday, he contacted the UFC and said what happened. He asked to visit the UFC’s doctor, and they showed the fracture. Unfortunately, it’s a full contact sport and (injuries) happen. It will take at least three weeks until he’s able to train again, and then we will know when he will be able to fight again, so we can reschedule the fight without any problem. We are upset. Everybody waited for this fight. The entire team is ….View full article