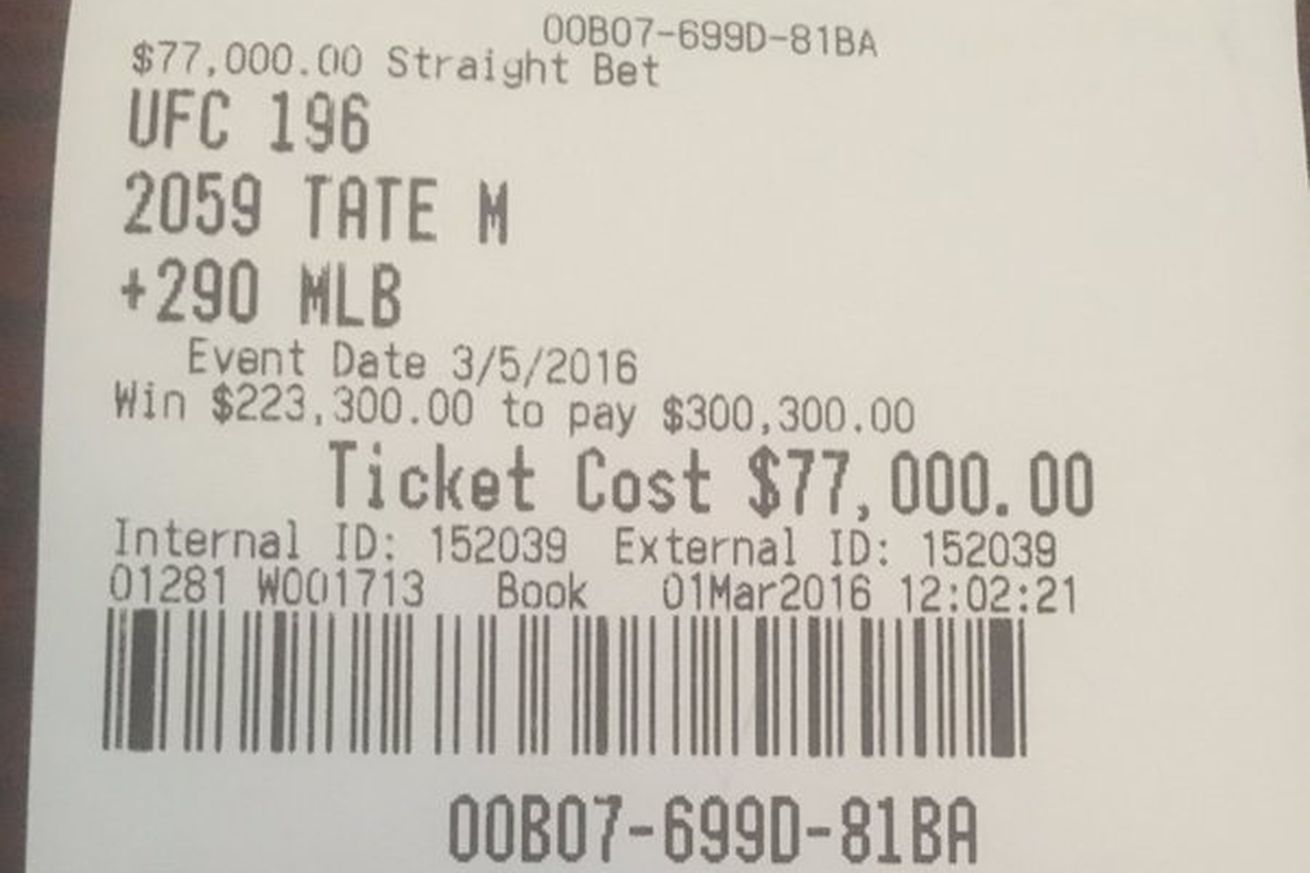 I haven’t seen a wager this risky since Lincoln Hawk bet $7,000 on himself to capture the World Arm Wrestling Championship in Las Vegas.

This guy is crazy. Crazy rich!

Highlights of Tate’s upset win, which took place at UFC 196 on March 5, can be viewed here.

It will be interesting to see what Vegas Dave bets — if he bets at all — when Tate moves on to fight Rousey later this year (details), considering “Rowdy” is already up 2-0 on the current champ.