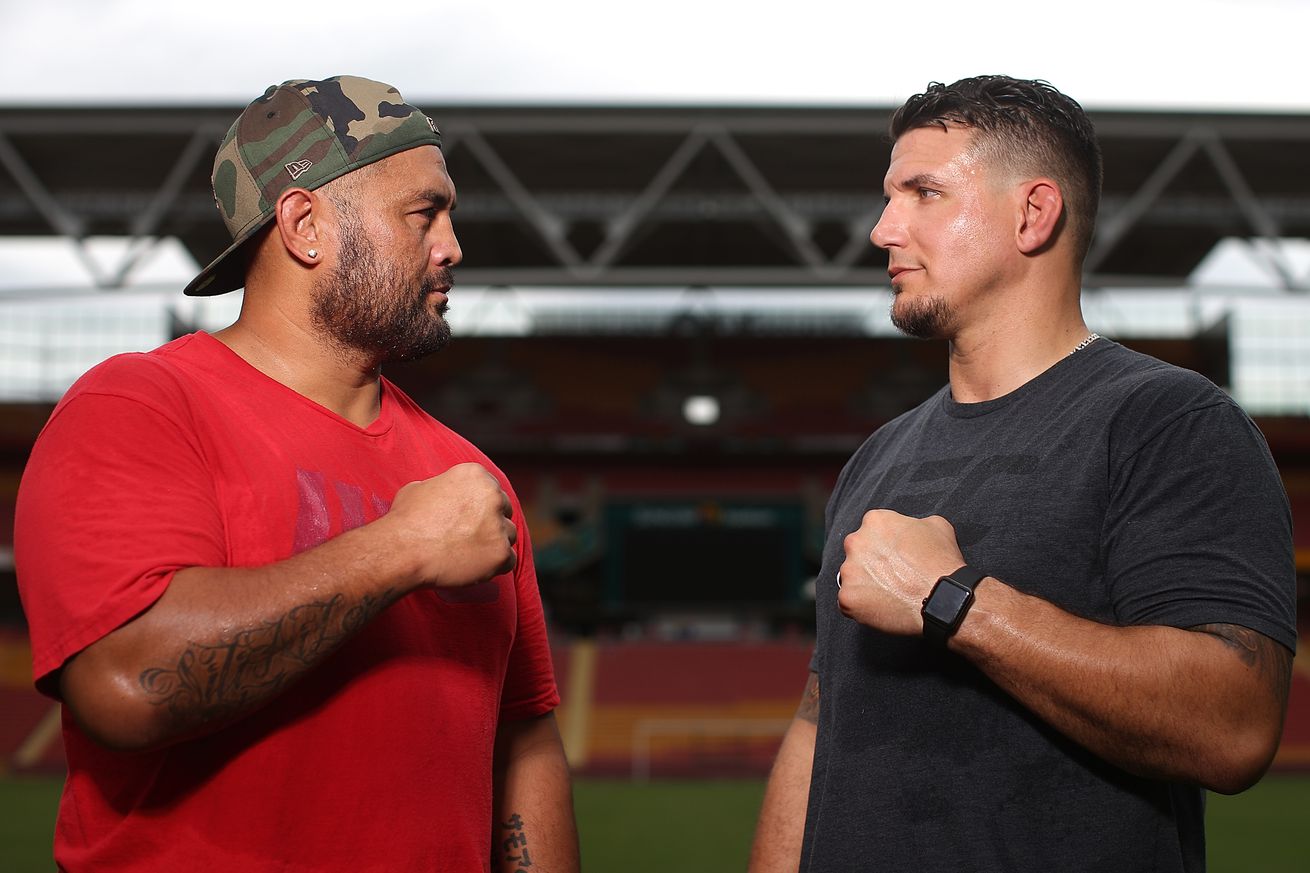 How scary are these two fighters?

Consider that both combatants, during their tenure under the Ultimate Fighting Championship (UFC) banner, have snapped bones inside the Octagon. Not only do they win in devastating fashion, they often send their respective opponents to the hospital.

For a long, long time.

Mark Hunt — who is willing to die this weekend “Down Under” — once punched Stefan Struve so hard it broke “Skyscraper’s” jaw (pic). Not to be outdone, Frank Mir took Antonio Rodrigo Nogueira’s arm and crushed it like a bag of potato chips.

I have a hard time believing their heavyweight showdown, which headlines the UFC Fight Night 85 mixed martial arts (MMA) event this weekend in Brisbane, Australia, will go all five rounds. But will their FOX Sports 1 main event end by way of knockout … or submission?

Hunt used to be an easy out once the fight hit the floor, getting tapped five times from 2006-10. The good news is, he’s tightened up his takedown defense and hasn’t been submitted in the past six years. The bad news is, his last three losses have come by way of knockout.

A troubling sign for a 41-year-old slugger who was known for his iron chin, but at least he still has his sense of humor:

I prefer the footlong.

That said, I’m not sure Mir (18-10), 36, wants to go punch-for-punch with a former K-1 kickboxing champion, rusty chin or not. Probably because the former UFC heavyweight titleholder has been stopped in seven of 10 losses, which is what happens when the fists start recklessly flying.

A “coin toss,” as Mir explains.

A first round finish would not surprise me — though I do hope both fighters emerge without serious injury.