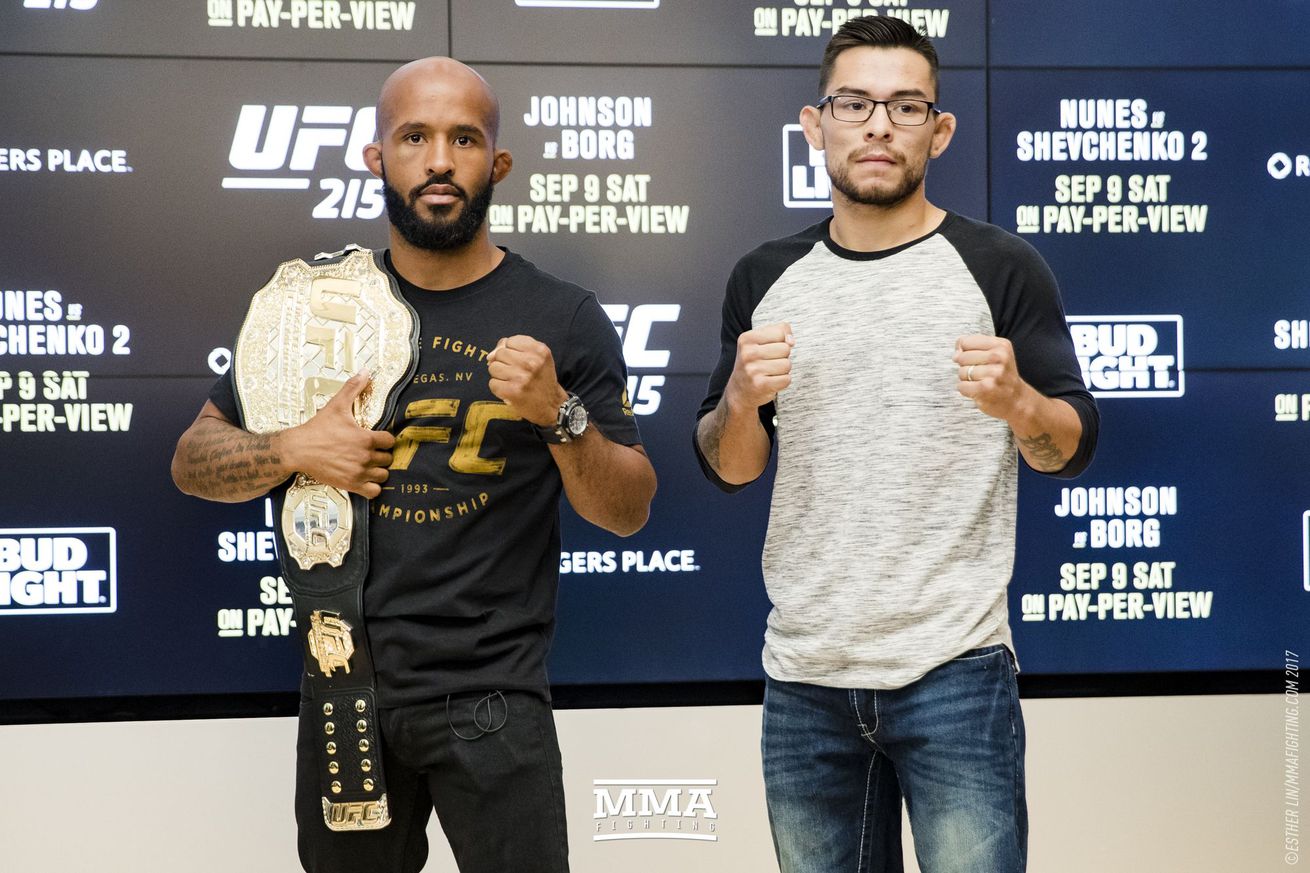 Demetrious Johnson’s history-making moment has been put on hold for now, and the disappointing news was met with a variety of reactions from the MMA community.

The UFC 215 main event in Edmonton, Alberta was supposed to feature Johnson going for a record-breaking 11th flyweight title defense against Ray Borg, but the bout was canceled on Thursday when Borg was ruled out due to an illness.

Their peers were quick to respond with tweets of disbelief, disappointment, and in the case of would-be rival T.J. Dillashaw – who UFC president Dana White wanted to face Johnson instead of Borg – straight-up disrespect:

Well sumbitch… guess there will be no records broken this weekend! https://t.co/4dxLnVntkX

Borg is weak in my mind, you’re the challenger and prolly will get skipped over

Terrible news. I clearly am on a very similar boat with late cancellation, but main event…yikes poor Canada https://t.co/KL9t9AtAP7

Card in canada are cursed :/