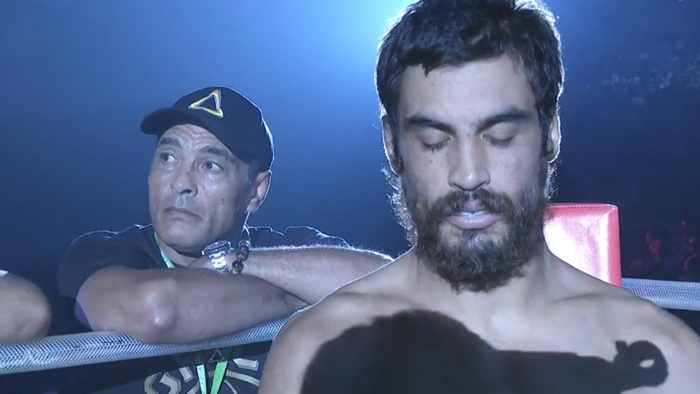 The 13-fight show featured the opening round of the promotion’s 16-man open-weight tournament, alongside a number of marquee match-ups with names such as Kron Gracie, Mirko Cro Cop, Gabi Garcia, Andy Souwer and Charles “Krazy Horse” Bennett.

If you didn’t manage to stay awake for the show, don’t worry—we’ve got you covered.

Brazilian jiu jitsu wizard Kron Gracie took on one of Japan’s most favored MMA fighters in Hideo Tokoro on his third fight under mixed rules. 39-year-old Tokoro, who has over 60 professional bouts to his credit, had already fought two of Kron’s family members—beating Royler Gracie and drawing against UFC 1 winner Royce Gracie.

The pair traded punches at the beginning of the round until they clinched and Gracie took the back of Tokoro just over a minute into the fight. Tokoro defended the multiple rear naked choke attempts from Gracie with some admirable hand fighting and even got out of guard of his opponent.

Tokoro threw soccer kicks and stomps to put an end to the fight, before being drawn back into the guard of Gracie. Tokoro attempted a leglock but promptly got swept by Gracie, who re-took the back of Tokoro. In a wild scramble, the experience Japanese fighter escaped the back control of Gracie again and oddly went for yet another leglock.

Gracie soon resumed full control of Tokoro on the ground and started hammering punches down on his opponent from full ….View full article