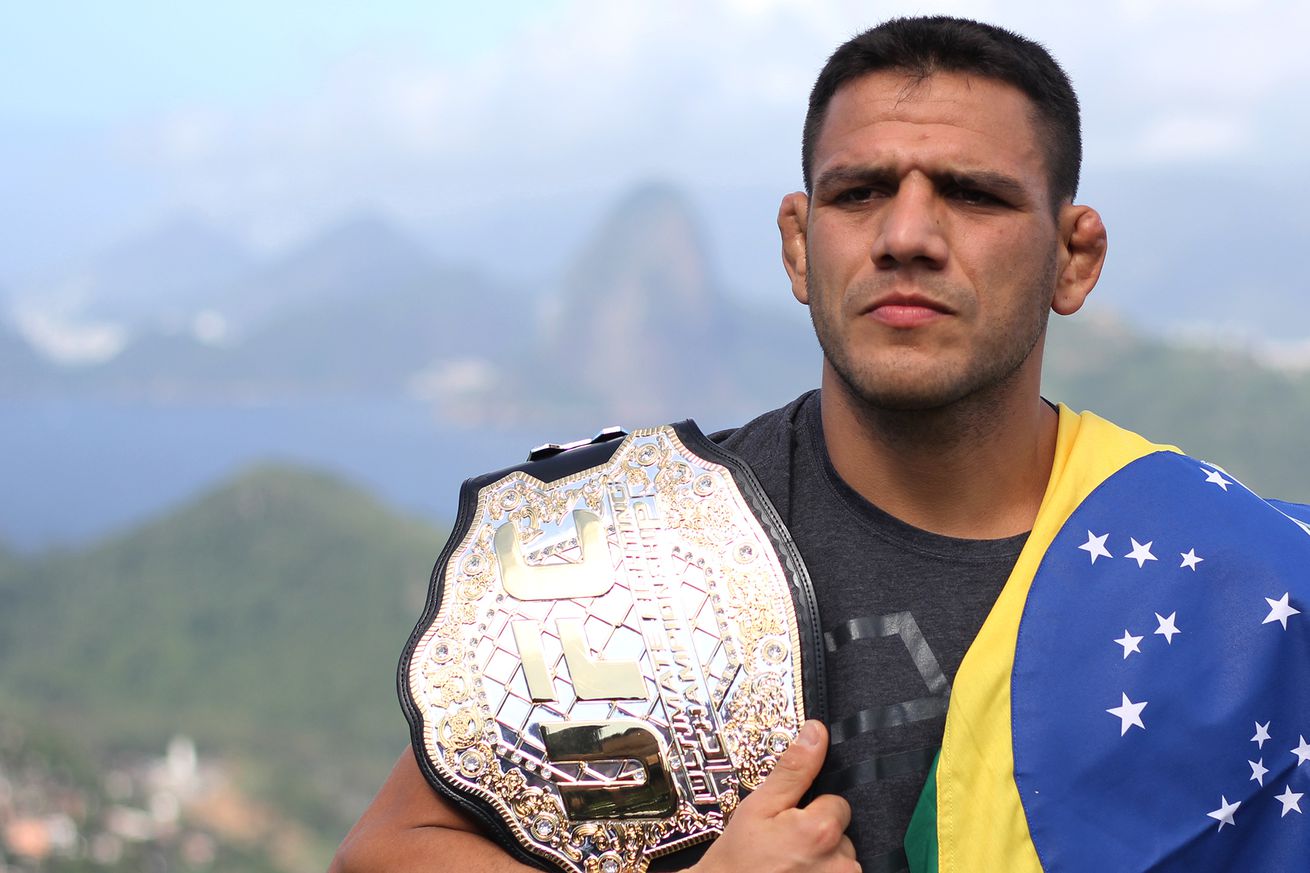 The UFC lightweight championship will be on the line at UFC Fight Night 90, and Rafael dos Anjos is excited with the opportunity to defend his belt against Eddie Alvarez on July 7.

“He’s a dangerous fighter, has heavy hands,” dos Anjos told MMA Fighting. “We know how hard it is to earn a shot at the title in the lightweight division, and he’s done it. He’s motivated, but so am I. I don’t want to lose what I’ve won. Let’s go for a war.”

A former Bellator lightweight champion, Alvarez earned a shot at the gold after back-to-back wins over Gilbert Melendez and Anthony Pettis, but the UFC kingpin wasn’t impressed by his most recent performance against “Showtime”.

“You’re competing against the elite of the sport in the UFC. His UFC debut was against (Donald) Cerrone, and look what Cerrone did to him. The first round was close, (Alvarez) won, but Cerrone was way better in the next rounds.”

“I believe I’m more used to fighting in the Octagon, and I will impose my game and show the world why I’m the champion,” dos Anjos said. “I’m here to stay. Now that I’ve achieved my goal to win the belt, I want to be the best of all times. I want to be remembered as the lightweight with most title defenses.”