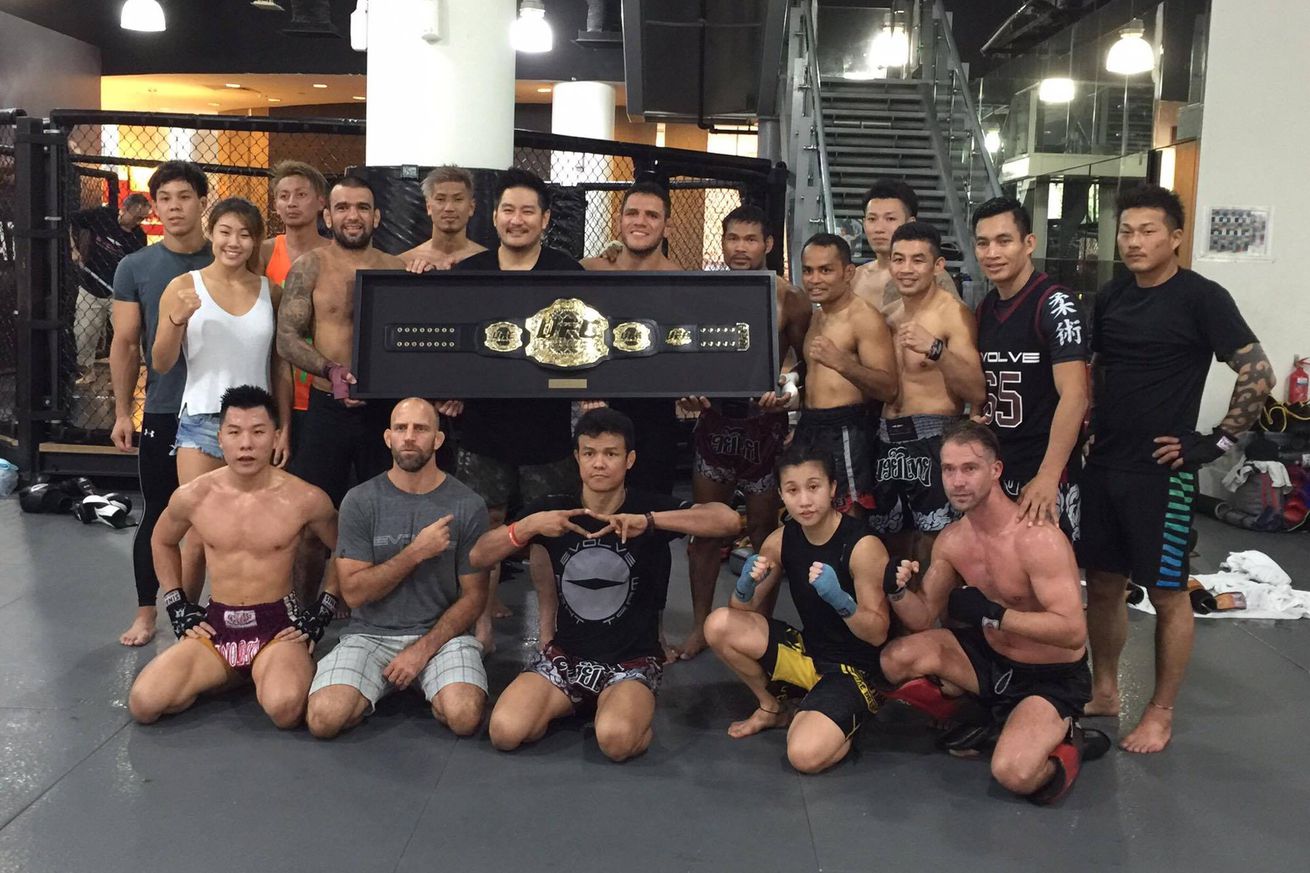 Rafael dos Anjos is all set to return to the United States for the final stage of his UFC Fight Night 90 camp (more on that fight here), but the reigning lightweight champion decided to leave something important behind at Evolve MMA in Singapore.

Dos Anjos has been training at Evolve MMA for the last few weeks and he presented his lightweight strap as a parting gift to the camp’s owner, Chatri Sityodtong, before flying back to his adopted home in California. The Brazilian has been a regular visitor to Singapore since 2009 and handed over the title as a gesture of appreciation.

Dos Anjos currently has two UFC belts in his possession. The other is in his family home and he will receive a third if he can successfully defend his title at the MGM Grand on July 7 in Las Vegas, Nevada. In an emotional speech, the Brazilian explained the decision to hand over one of his most precious possessions.

“From the beginning, there were only two people in my life who told me that I would become a world champion, my wife and Chatri. Sometimes, you need people who believe in you more than you believe in yourself. It is what helped me to keep my dream alive and to keep moving forward during the worst times like when my jaw broke in my fight with Clay Guida and I thought about retiring.”

Being a multi millionaire entrepreneur makes Chatri a difficult person to purchase presents for so Dos Anjos wanted to give his mentor something which money literally cannot but,

“Chatri has been my brother, my mentor, my teacher, my coach, my friend. During the worst moments of my life, Chatri has been there for me always. I thought a ….View full article