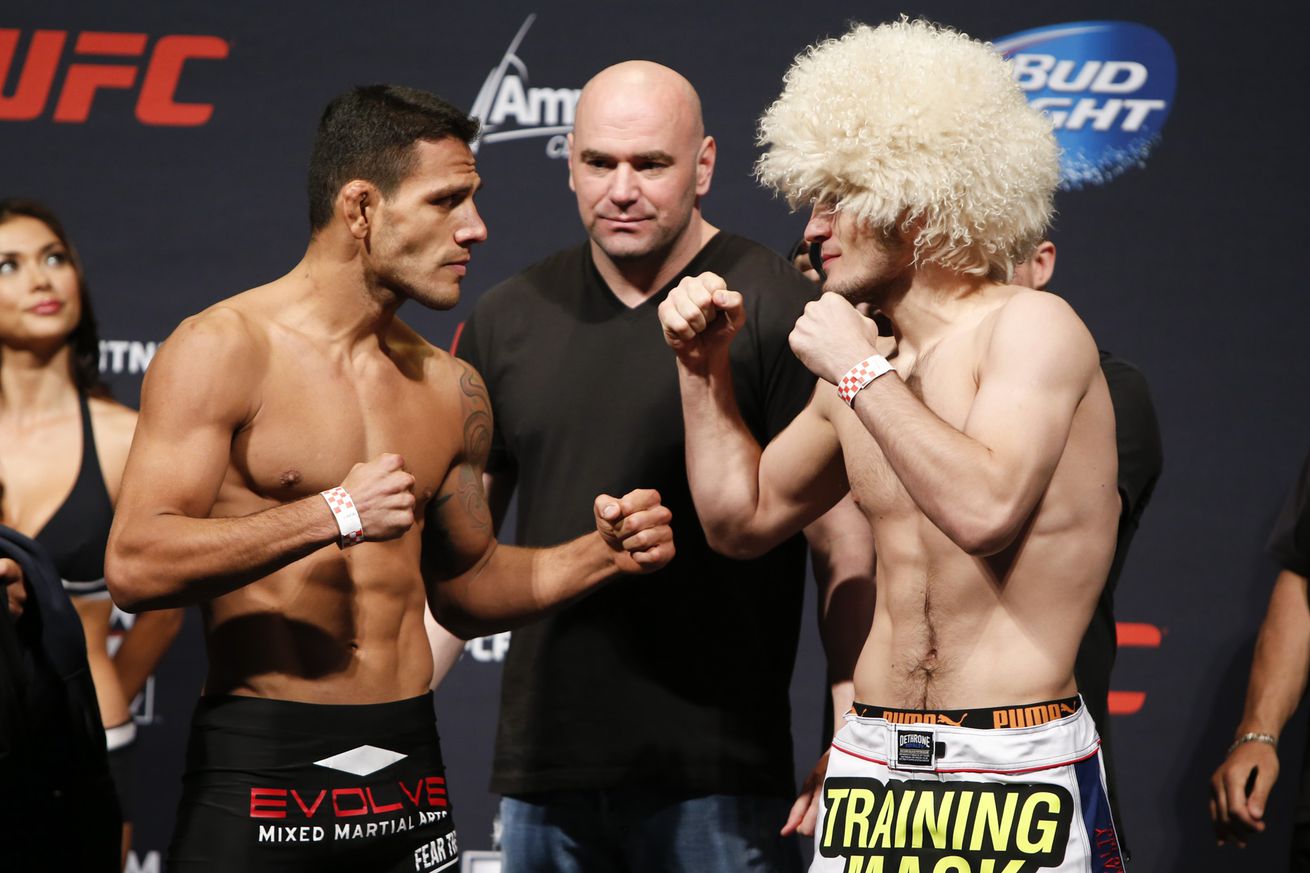 Nurmagomedov was initially scheduled to headline the event against Tony Ferguson, but the rising lightweight was forced out of the bout due to an injury. The Dagestani ended up facing a 12-1 UFC newcomer in Tampa, and asked for a shot at the gold after the win.

“I was not even a little impressed,” dos Anjos told MMA Fighting about Nurmagomedov’s win over Horcher. “He fought a guy who has a full-time job and took the fight on a week’s notice. After the first minute, with all due respect, (Horcher) looked pink, completely out of shape, and (Khabib) still needed almost two rounds to finish the fight.

“Congratulations to the opponent that accepted the fight, but there’s no way… When I lost to Khabib, I was ranked No. 5 or 6 and many things have changed since. He beat a guy who has a full-time job, and I beat Jason High, Ben Henderson, Nate Diaz, Anthony Pettis and Donald Cerrone.”

dos Anjos lost a decision to Nurmagomedov in April 2014, and finished three of his next six opponents inside the Octagon since, while the Dagestani improved to 23-0 in MMA.

“He’s saying he needs some rest because he trained for three months for this fight?” dos Anjos said. “Wait a minute… Forty days after fighting him, I fought Jason High. Two months later, I fought Ben Henderson. When you want the belt, you have to work for it. I think that after a performance like that, he should at least fight Tony Ferguson in May. The number of UFC fights he ….View full article