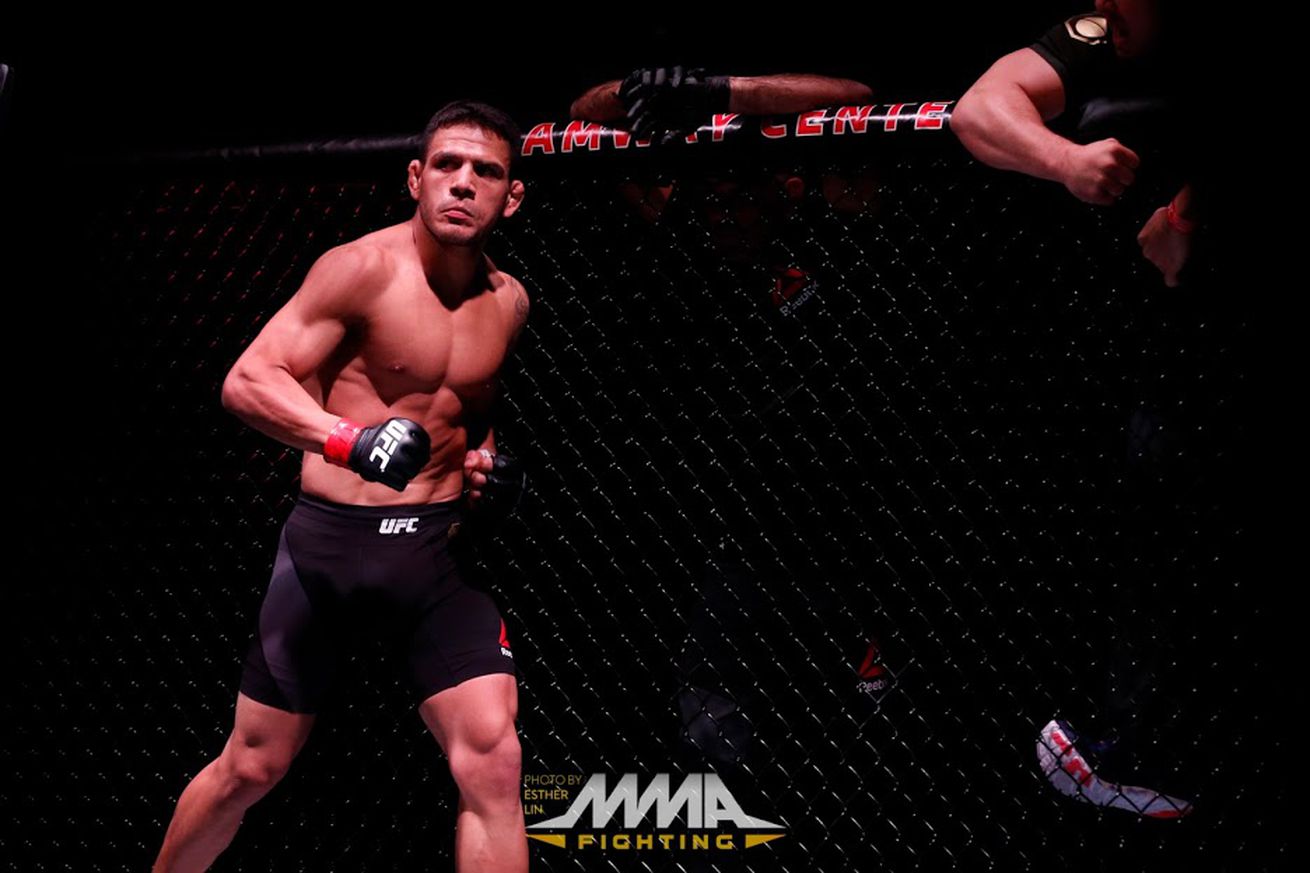 Former Ultimate Fighting Championship (UFC) Lightweight champion Rafael dos Anjos coughed up his belt to Eddie Alvarez at UFC Fight Night 90 in July 2016, losing via first round knockout. Looking back, it was a fight that should’ve never gone down, as “RDA” recently revealed that he had serious trouble making the 155-pound cut; in fact, he was nearly rushed to the emergency room.

“I passed out in the bathtub, in the hot tub. I was out for like almost three minutes,” dos Anjos said on Monday’s edition of “The MMA Hour” (via MMA Fighting). “My coaches were about to call 911 and cancel the fight because I was out on my bed, and they put some ice on my chest, and then I woke up and stayed on my bed for one hour.”

Dos Anjos admits he and his team did contemplate calling the proper officials to cancel the bout, but ultimately decided to go ahead to not upset fight fans. But, he can’t help but to kick himself, as he should’ve taken the road that Khabib Nurmagomedov took after he was forced to bow out of his title fight against Tony Ferguson at UFC 209 because of complications during his weight cut.

“We thought about canceling the fight, but I’m a fighter, I don’t want to upset the fans,” dos Anjos said. “But, thinking back right now, I shouldn’t make that fight because today guys all the time kind of don’t fight because they have weight problems. Khabib [Nurmagomedov], the other day, he didn’t make the fight with [Tony] Ferguson because he had some issues, but it’s fine. That’s past. Now a new division, a new life.”

dos Anjos went on to lose his next fight in the division to the aforementioned Ferguson four months later, putting his body through another brutal weight cut in the process. As a result, the former Lightweight king decided it was in his best interest to move up to the Welterweight division.

“I said, man, God makes everything the right time,” dos Anjos said. “Maybe if I won that fight, I’d still be killing myself to make 155. Then I lost two in a row and I decided to change, but after the fight I knew.”

Drastic weight-cutting issues has long been a problem plaguing MMA, plus, it’s not like fighters are getting paid enough to abuse their bodies.

“RDA” will make his 170-pound debut when he takes on ex-Strikeforce Welterweight kingpin Tarec Saffiedine at UFC Fight Night 111, which is set for June 17, 2017, inside Singapore Indoor Stadium in Kallang, Singapore.

Anyone expect a much a new-and-improved dos Anjos at 170 pounds?