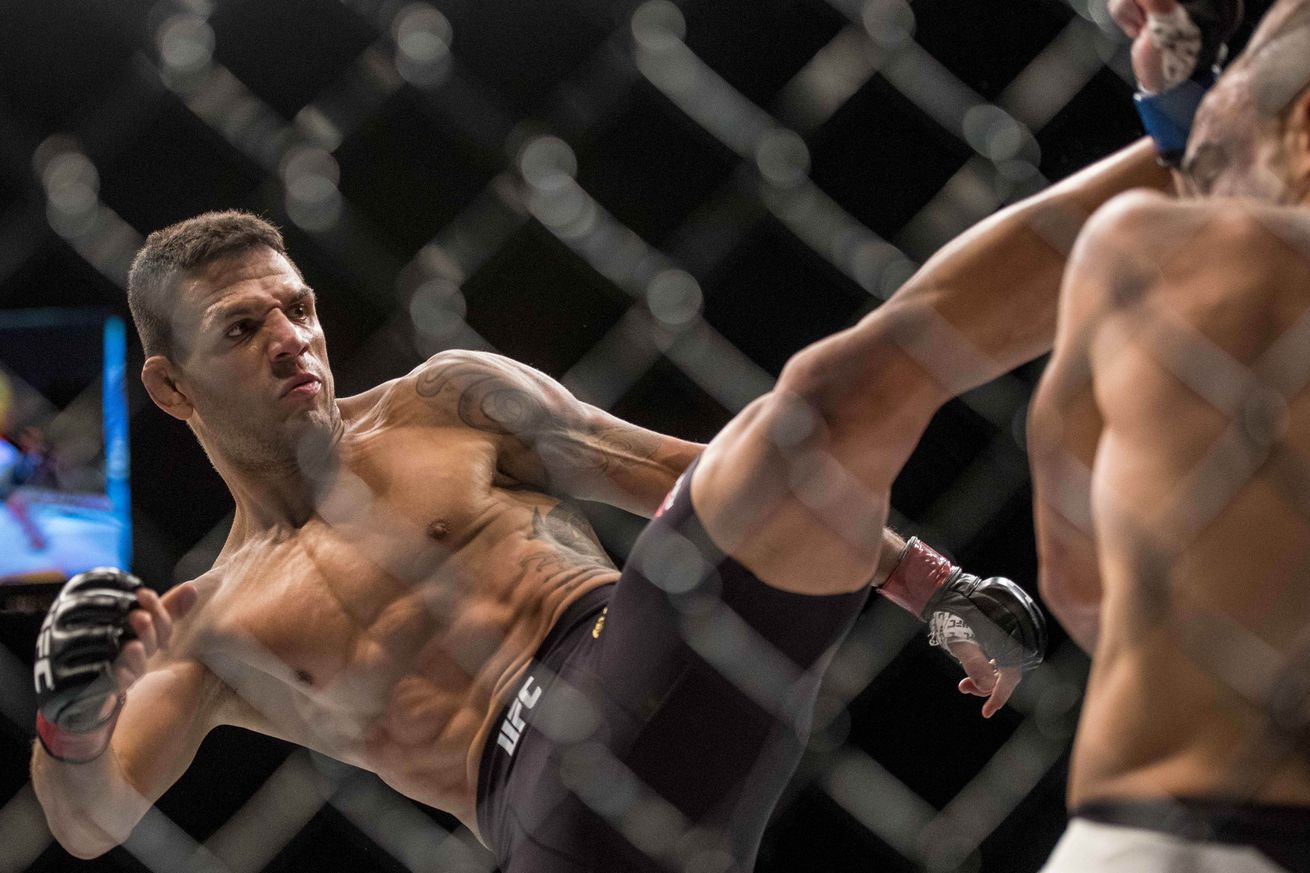 Thursday night was tough for Rafael dos Anjos. The Brazilian entered the day as the champion of the UFC’s lightweight division, but finished as just a contender. Former Bellator lightweight kingpin Eddie Alvarez blasted dos Anjos, stopping him inside a round at 3:49 of the first at UFC Fight Night 90. It was to be dos Anjos’s second title defense until it became his loss.

“I just remember the moment that I got caught,” he said, arguing his loss proved Alvarez was better but perhaps part of a larger process of how MMA fights naturally play out. “I think I end up on top, but then I remember when I was standing and it was about 30 seconds left or something. The referee stopped the fight.”

Dos Anjos seemed accepting of the loss and naturally forlorn, but not necessarily dejected. “It’s a tough division,” he noted when asked why no UFC lightweight champ ever has defended it more than three times. “It’s one of the deepest divisions in UFC. I’m pretty sure I’ll be back. I’ll get my belt back.”

Questions prior to the contest about whether the Brazilian’s weight cut was becoming too tough are likely to linger, especially after the loss, but dos Anjos argued he has no intentions ….View full article