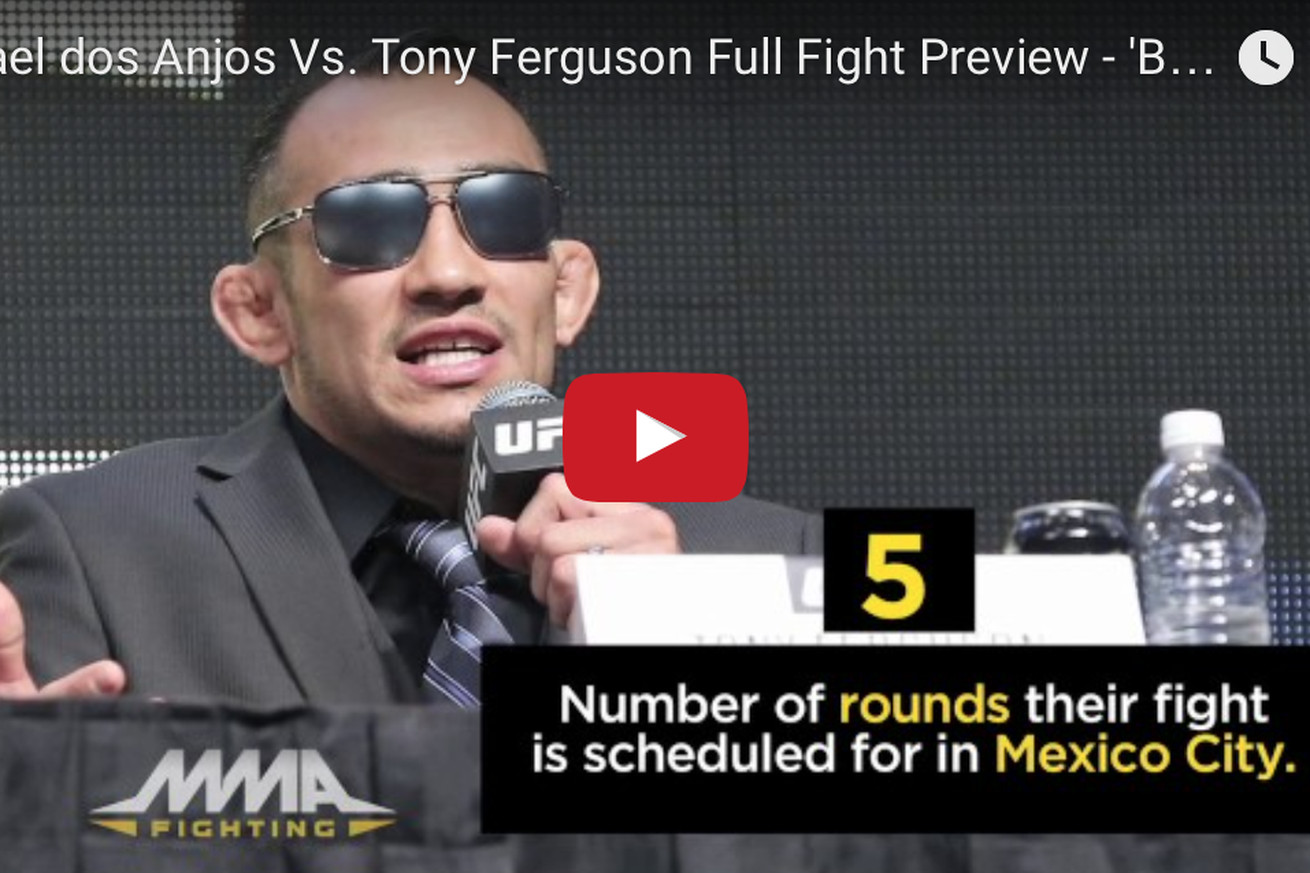 Former Lightweight champion, Rafael dos Anjos, will look to get back in the 155-pound championship chase when he collides with top-ranked contender, Tony Ferguson, in the FOX Sports 1-televised main event at UFC Fight Night 98, which takes place inside Arena Ciudad de Mexico in Mexico City, Mexico, on Nov. 5, 2016.

Let’s take a look at all the stats and numbers that went into UFC Fight Night 98’s meaningful main event, which will more than likely determine the division’s next title challenger, with this “By the Numbers” video preview embedded above.

MMAmania.com will deliver LIVE round-by-round, blow-by-blow coverage of the entire UFC Fight Night 98 fight card on fight night (click here), starting with the Fight Pass “Prelims” matches online, which are scheduled to begin at 6:30 p.m. ET, and then the remaining undercard balance on FOX Sports 1 at 8 p.m. ET, before the main card start time at 10 p.m. ET, also on FOX Sports 1.

To see who else is fighting at UFC Fight Night 98 click here.