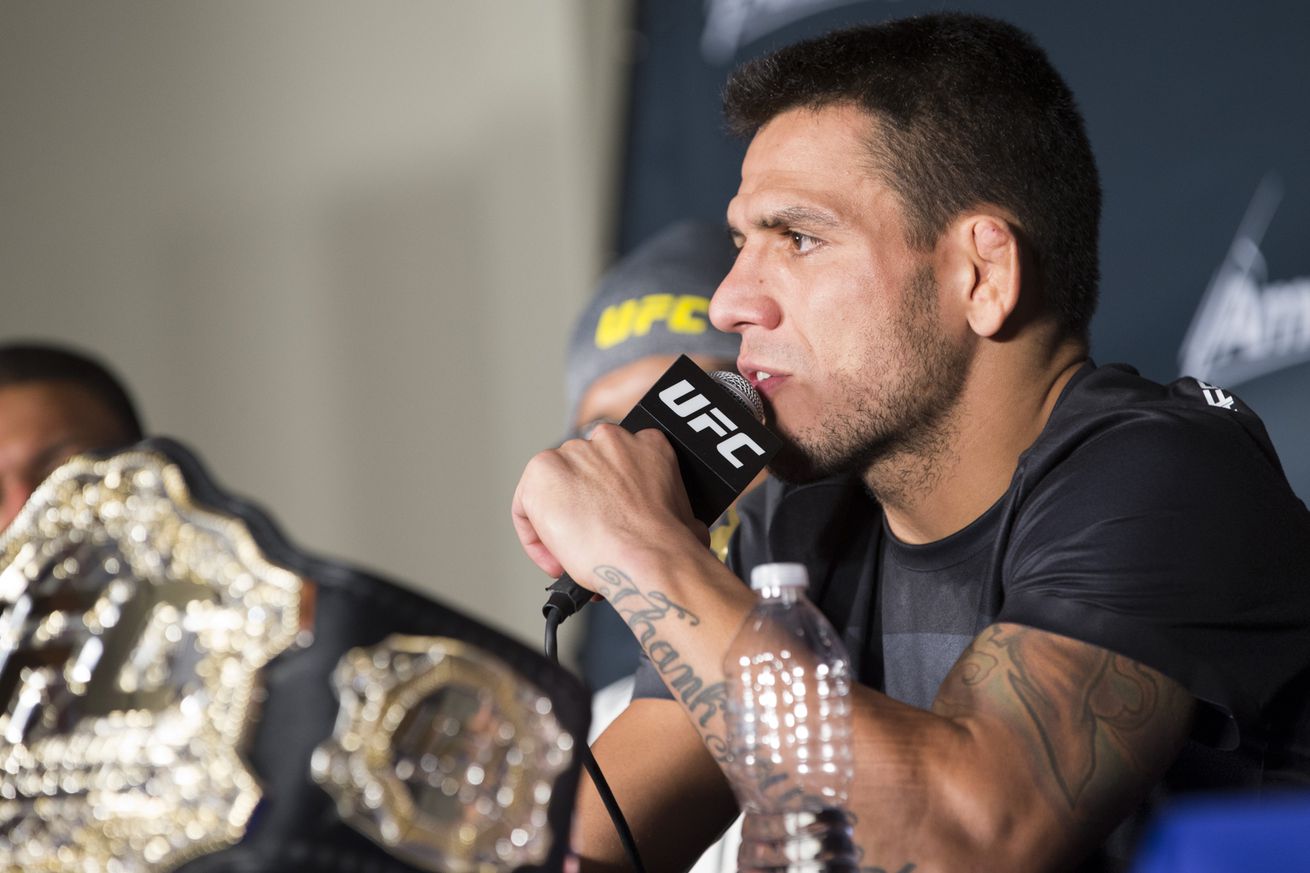 Rafael dos Anjos is pushing hard to be part of the UFC 200 party.

According to his manager Ali Abdel-Aziz, the UFC’s reigning lightweight champion is hoping to fight either Nate Diaz or UFC welterweight titleholder Robbie Lawler in a champion versus champion superfight at the July 9 event. MMA Fighting’s Ariel Helwani reported the news Wednesday on UFC Tonight.

Dos Anjos (25-7) called out Lawler earlier this month in an interview on The MMA Hour, stating that while he respected the American, he would gladly move up in weight to challenge for the UFC welterweight title, just as Conor McGregor was expected to do with a win at UFC 196.

According to Helwani, the UFC has informed dos Anjos that it has different plans for his next fight, though that hasn’t stopped dos Anjos for campaigning for his shot at UFC 200.

The Brazilian most recently withdrew from his lightweight title defense against McGregor at UFC 196 after suffering a broken foot. Instead, Diaz stepped in on short notice and submitted the Irishman with a second-round rear-naked choke, throwing a wrench into McGregor’s cross-divisional plans and leaving the UFC without an obvious match-up to market for UFC 200.

Dos Anjos previously demolished Diaz in a Dec. 2014 unanimous decision at UFC on FOX 13, although due to the runaway success of UFC 196, Diaz’s stock has never been hotter than it is now.

Dos Anjos, 31, most recently defended his title with a 66-second drubbing of Donald Cerrone this past December. The performance served as an exclamation mark on a blistering five-fight streak that has seen dos Anjos finish Benson Henderson and Cerrone inside the first round, and dominate both Diaz and Anthony Pettis. Overall, dos Anjos has won 10 of his last 11 ….View full article