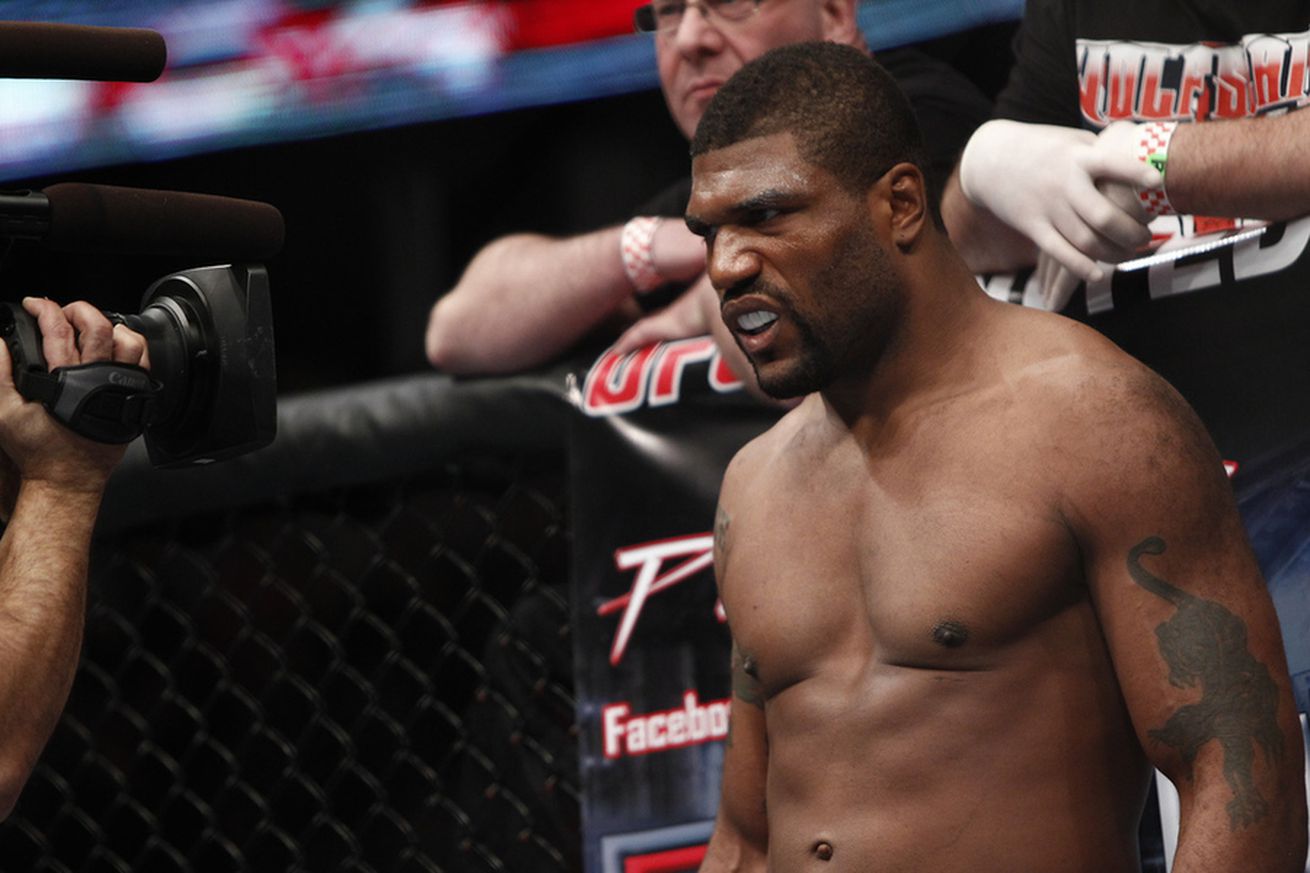 Earlier this week, during a spot on ESPN to promote his Bellator 175 rematch against Muhammed Lawal, former UFC champion Quinton “Rampage” Jackson was posited a question about what he regretted most regarding his mixed martial arts journey. Jackson’s answer surprised many. The 38-year-old responded that he most regretted ever starting in MMA, explaining that even though the fight game brought him fame and fortune, it also led him to grow apart from his family back home in Memphis.

Just days ahead of his heavyweight tilt against “King Mo,” Jackson revisited the subject during Bellator 175’s pre-fight press conference, explaining that although he felt his original words were taken somewhat out of context, he still felt the same about his answer to the question.

“Man, half the time when you do interviews, you get negative people in the world who want to spin words and get clickbait, or just get people to listen to their interviews. It’s hard being in the public eye when you just keep it real,” Jackson said Wednesday. “The guy asked me, on the spot, what was my biggest regret about doing MMA, and I thought about my family. I left everything back in Memphis and I moved to California. I left everything. My family, my car, my job, everything, and I left and moved to California by myself.

“My little sister was eight when I left, and I was very close to my little sister. I helped raise her. I used to change her Pampers, help her with schoolwork, take her to school, do all of that stuff. And now she’s a grown woman. I put her through college and everything, and she’s working and stuff, and I don’t know my sister anymore. I don’t know my family. So I just kept it real. The only thing I said, I wish I would’ve stayed home with my family. I would’ve close to them.

“Since I’ve been a fighter, I’ve been screwed out of millions of dollars by managers and people pretending to be friends,” Jackson continued. “When I was champion, I had a lot of fake friends around me. And as soon as I lost the belt, where did they go? My family, they’re always there. They always tell me they miss me and they’re proud of me. So I just wish I would’ve stayed home in Memphis and been with my family, the people who like me.”

Although he has had his ups and downs over the years, Jackson (37-11) remains one of the most decorated light heavyweights of his era. “Rampage” first emerged as one of the breakout stars of Japan’s Pride Fighting Championships, besting the likes of Igor Vovchanchyn, Kevin Randleman, Chuck Liddell, and Ricardo Arona, among many others. He then transitioned to the UFC, where he swiftly captured the light heavyweight title with a second knockout win over Liddell. Jackson contended at the highest levels of the UFC for another seven years before moving to Bellator MMA, where he has since compiled a 5-0 record that included one brief trip back the UFC.

But regardless of that success, Jackson has always seemingly had a love-hate relationship with the fight game, and his quarrels with various managers and promotions have been well-documented throughout the years. So now that his MMA career is reaching its final days, Jackson can’t help but wonder how life would’ve played out had he done things differently.

“People don’t understand me. They don’t know why I am the way I am,” Jackson said. “They don’t know why I joke around so much. They don’t know me. People always assume that I’m something different than what I’m not. They always that I’m bragging or I’m boasting. My family understands me because they like me, and I just miss them. And if I would’ve stayed home in Memphis, I wouldn’t have known about having all this money and having all these fans. I wouldn’t have known anything about it.

“I would’ve been a construction worker, just like the rest of my family, and happy. And that’s all I said. But you’ve got negative people that spin it and take it out of context, and it gets annoying sometimes when people do that. So, I just kept it real, like I always do. I keep it real. You ask me a question, I’m going to give you the honest, most real answer I can possibly give you.”

While Jackson was in a reflective mood on Wednesday, he still nonetheless had his fair share of memorable exchanges with Lawal, an opponent with whom “Rampage” has feuded with off-and-on for the past four years.

Jackson vowed to knock out Lawal on Friday night at Bellator 175 and promised that his foe wouldn’t be making any “leg babies” with an assumedly wrestling-heavy gameplan. Jackson also reasoned that his size advantage over Lawal would play to his benefit this second time around, however he stopped short of laying it on too strong against his rival.

“Man, I respect King Mo, despite what people think,” Jackson said. “I got the utmost respect for him. I do hold a grudge against him since the first time I met him at that Wal-Mart years ago, and he said he wanted to beat me when I was old and on my way out the sport. I held a grudge with him over the years, but a little fact about me is that I respect all my comrades.

“Fighters, I think that we are all basically kinda like the same people, in so many words. We do what less than one percent of the planet does, put our health and our lives on the lines to entertain you guys, and stuff like that. It takes a special kind of person to get in that cage, to fight another man in front of millions of people. The way the world is now, so many negative people, I don’t think that fighters get as much respect from the fans as we should, so I respect all the fighters. But, sometimes King Mo’s mouth gets him in trouble, and I’m going to have to kick his ass this weekend.”