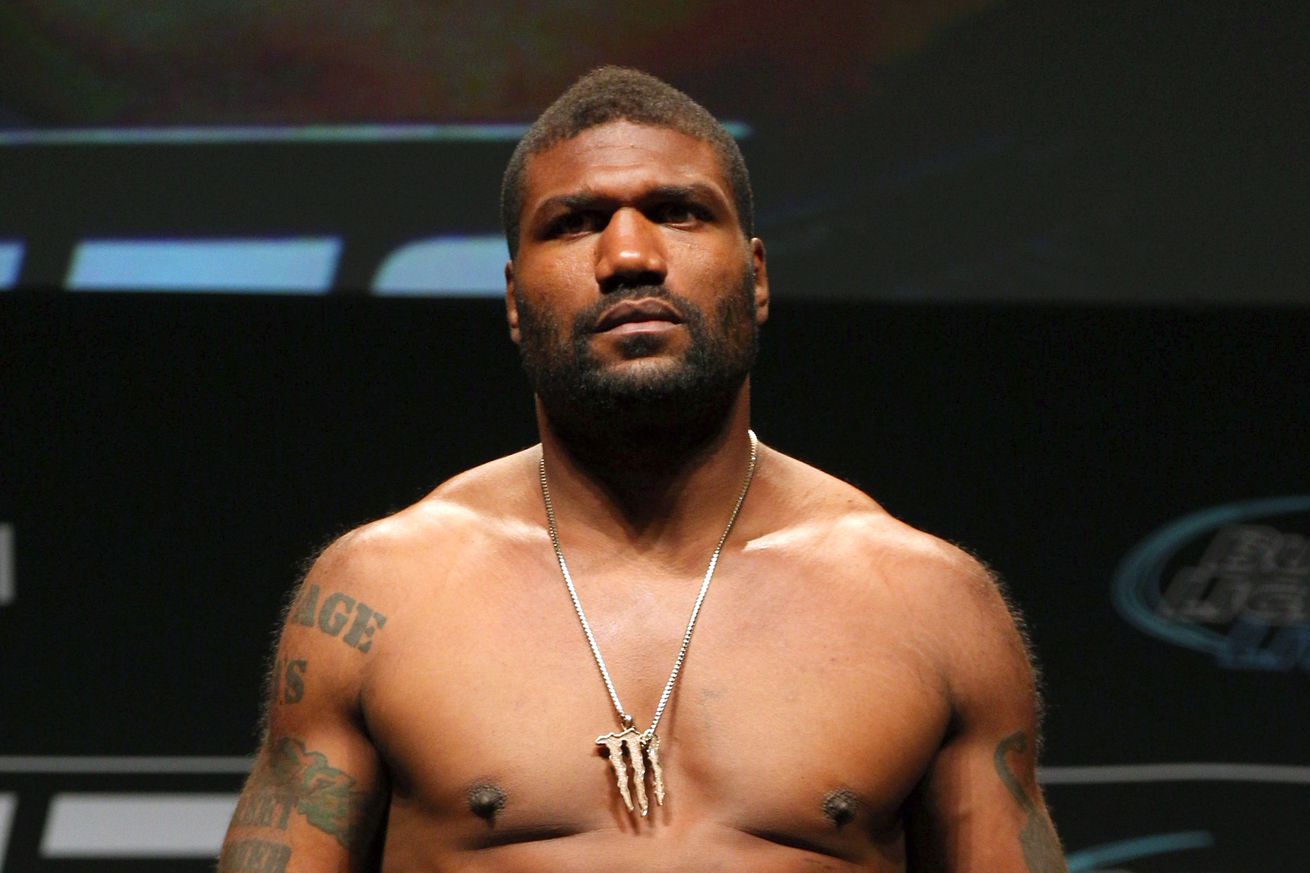 So “Rampage” instead settled on a catchweight bout of 235 pounds.

Imagine his surprise when Jackson discovered that no, his bout was actually at heavyweight, something his opponent had already been aware of while preparing for their Bellator 175 rematch.

Assuming he has recovered from his recent abortion.

Jackson (37-11) turns 39 in June and hasn’t competed three times in one year since debuting with UFC back in 2007. In fact, he’s only registered two bouts in the nearly three years since he last faced (and defeated) Lawal.

Add another 50 pounds to that equation and we can expect … well, I guess we’ll find out a week from Friday night on Spike TV.