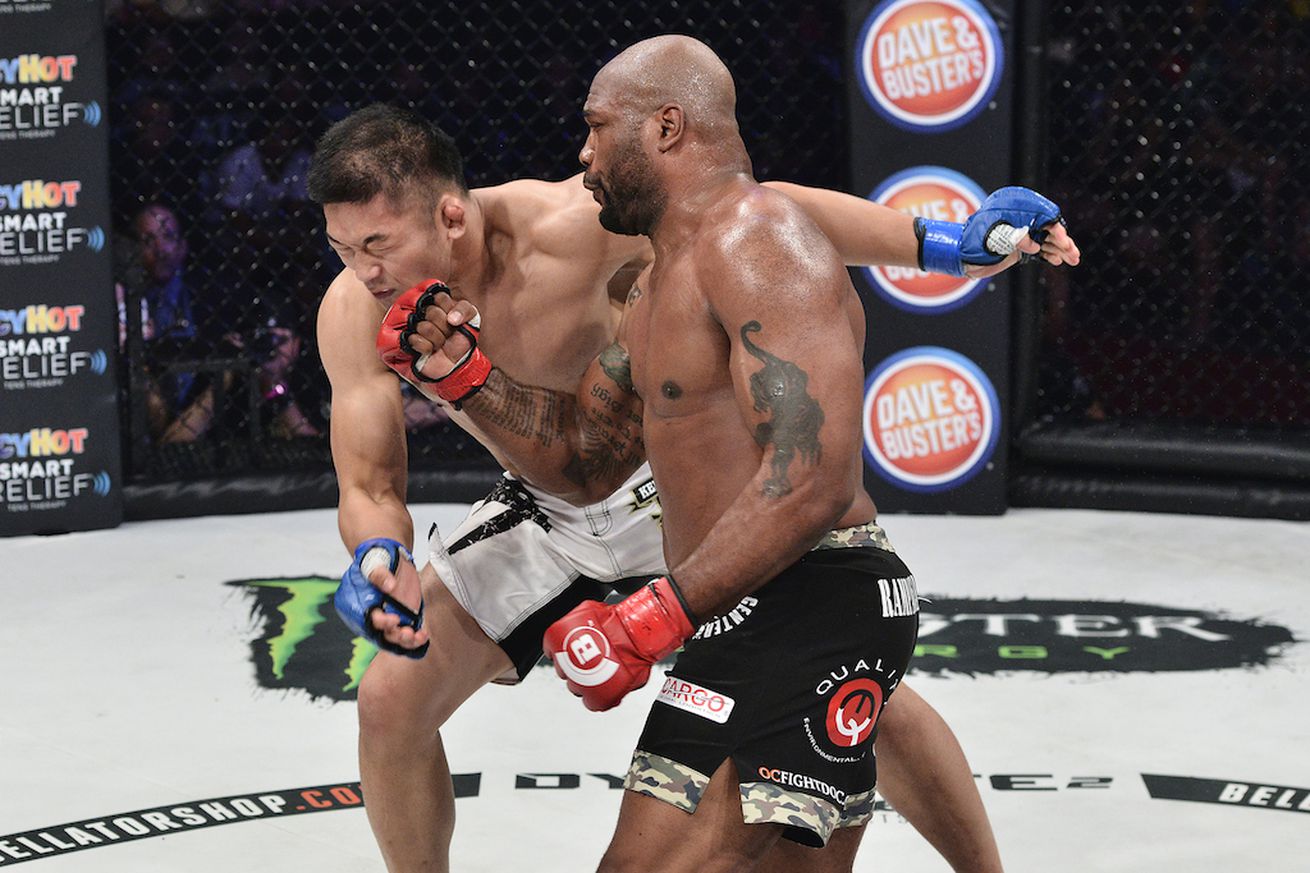 Before Quinton “Rampage” Jackson (37-11) squeaked past Satoshi Ishi by split decision at Bellator 157: “Dynamite 2,” he defeated Fabio Maldonado by unanimous decision at UFC 186 last August, while admittedly, gaining a ton of respect for the Brazilian and his toughness.

During the lead up to “Dynamite 2,” Jackson, 38, was asked about Maldonado’s recent performance against Fedor Emelianenko at EFN 50, where he battered “The Last Emperor,” but lost by split decision.

“Mabba-babbo,” Jackson said, purposely mispronouncing Maldonado’s name, drawing laughs from reporters. “No, I wasn’t surprised at that. The guy is good. The guy was tough. I threw everything at him but the kitchen sink. I really wanted to knock him out. I knew it was going to be a tough fight for Fedor. He did really well. I’m a big fan of Mabba-babbo now since we fought.”

“The guy is tough man,” he continued. “Fedor is tough too. Fedor is my hero. I wasn’t shocked. I just thought it was a good fight. It was a great fight. I guess Fedor probably underestimated him a little bit. He didn’t know how tough he was.”

With Bellator having a strong relationship with Japanese promotion, Rizin, and lending out its fighters for one card already, it’s plausible to believe a Fedor vs. “Rampage” fight could be put together. So, would Jackson be down to fight Fedor, should the opportunity present itself?

Should the fight between the former UFC and Pride champions actually ….View full article