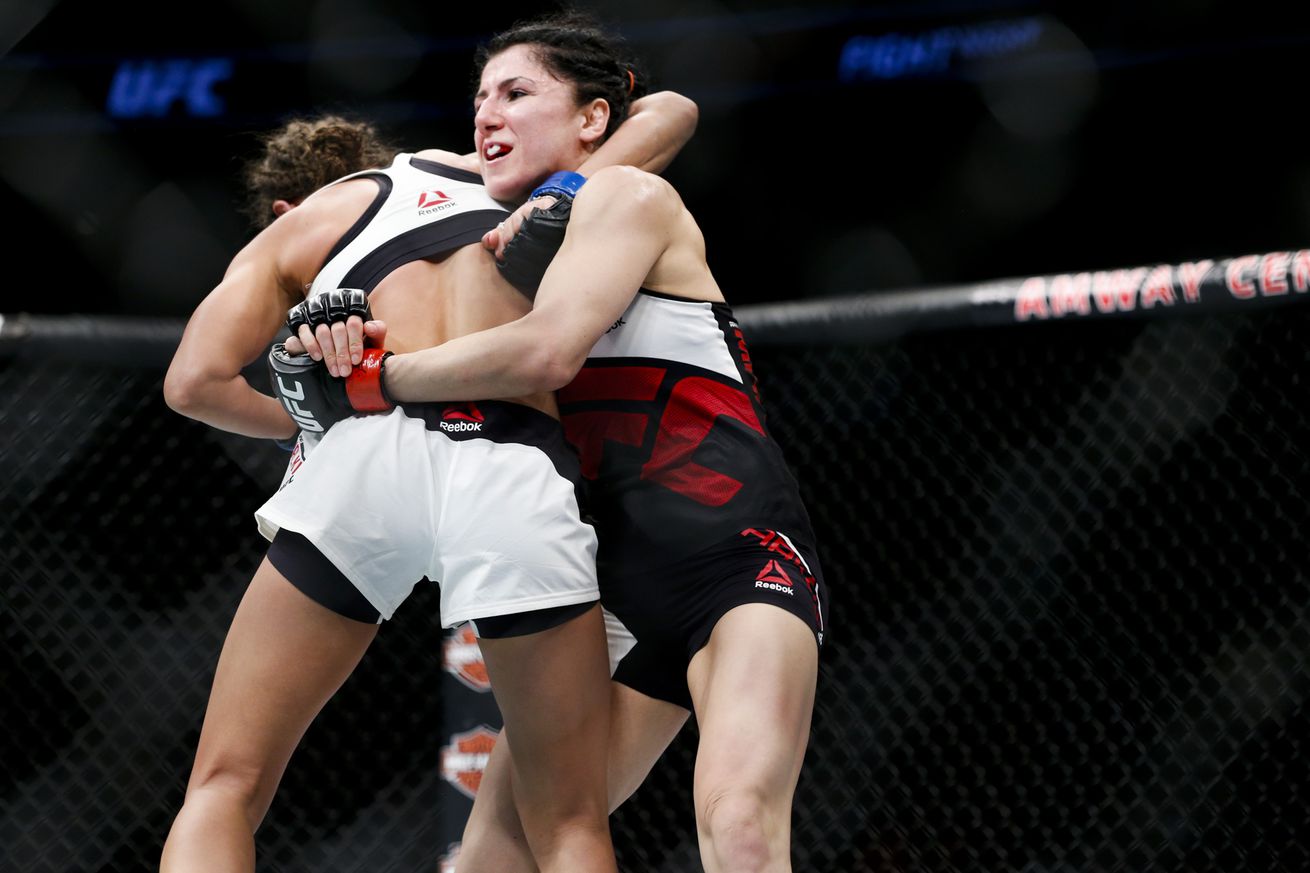 The UFC’s debut in Ottawa just got another solid fight.

Markos (5-3) is coming off a unanimous decision loss to Karolina Kowalkiewicz at UFC on FOX 17 in December. Before that, the Canada resident and Iraq native defeated Aisling Daly by unanimous decision at UFC 186 in April 2015. Markos, 30, had a nice run to the semifinals of The Ultimate Fighter 20, but fell to Rose Namajunas and then Jessica Penne on the TUF 20 Finale.

Lybarger (6-2) fell to Tecia Torres in her UFC debut at UFC 194 in December. Before that, she beat Bellator veteran Zoila Frausto to win the RFA women’s strawweight title in October. Lybarger, 30, won four in a row before the loss to Torres and is a product of The MMA Lab in Arizona.

UFC Fight Night 89 is headlined by a key welterweight bout between Rory MacDonald and Stephen Thompson. In the co-main event, Donald Cerrone takes on Patrick Cote.