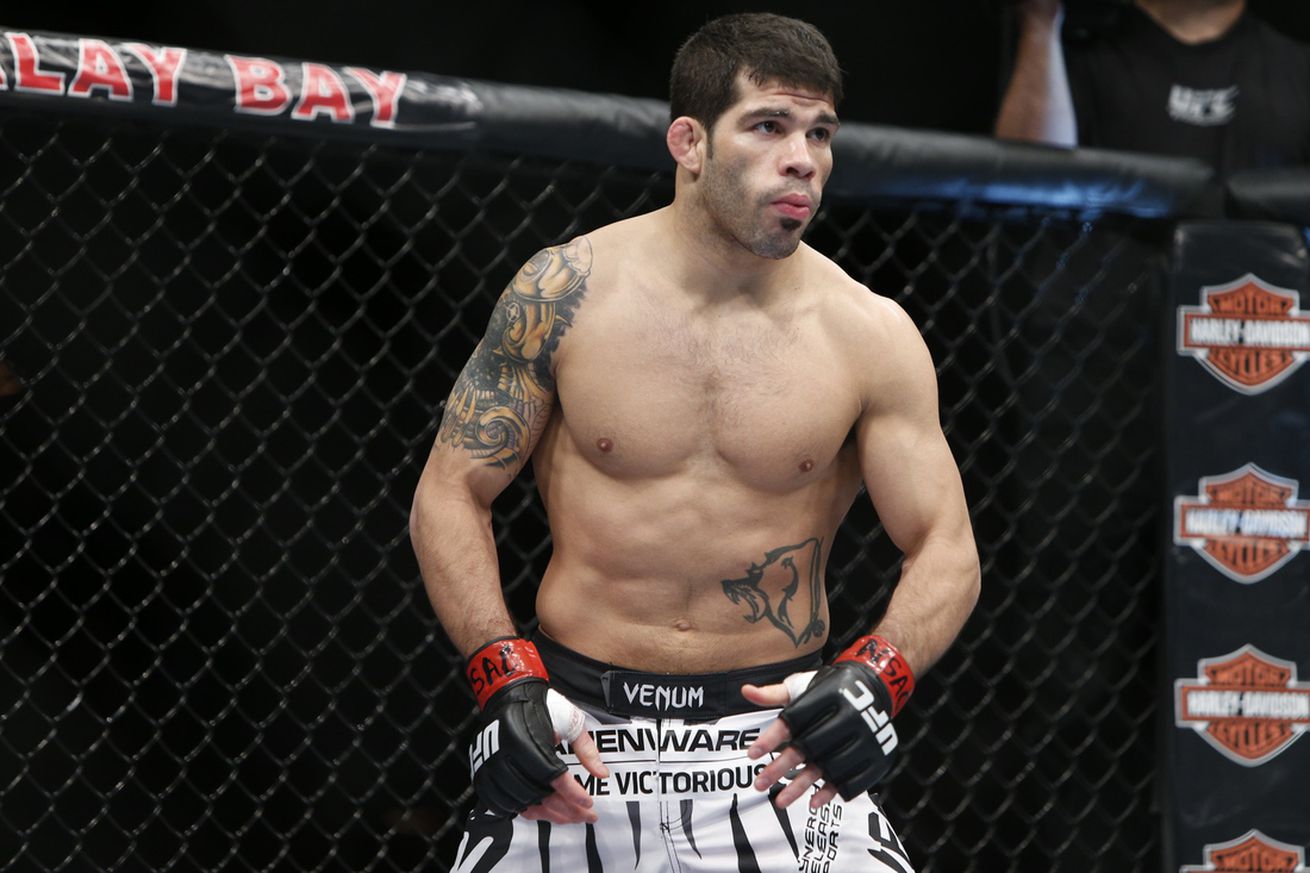 Raphael Assuncao will no longer compete at UFC Fight Night 102.

Assuncao was scheduled to take on Aljamain Sterling on Dec. 10 in Albany, NY, but his opponent was forced out of the card due to an injury. After trying to get him new opponent, the UFC has removed the Brazilian from the card. MMA Fighting confirmed the news with sources close to the situation.

Assuncao (23-5) was hoping to get back on track after a unanimous decision loss to T.J. Dillashaw at UFC 200 in July, a loss that snapped his seven-fight winning streak. During that unbeaten run, the bantamweight talent scored victories over the likes of Pedro Munhoz, Bryan Caraway and Dillashaw.

The UFC has yet to announce the news, and a new date and opponent for Assuncao’s next fight.