Home MMA News Rashad Evans: I needed to drop to 185 sooner, but my pride got in the way
ShareTweet 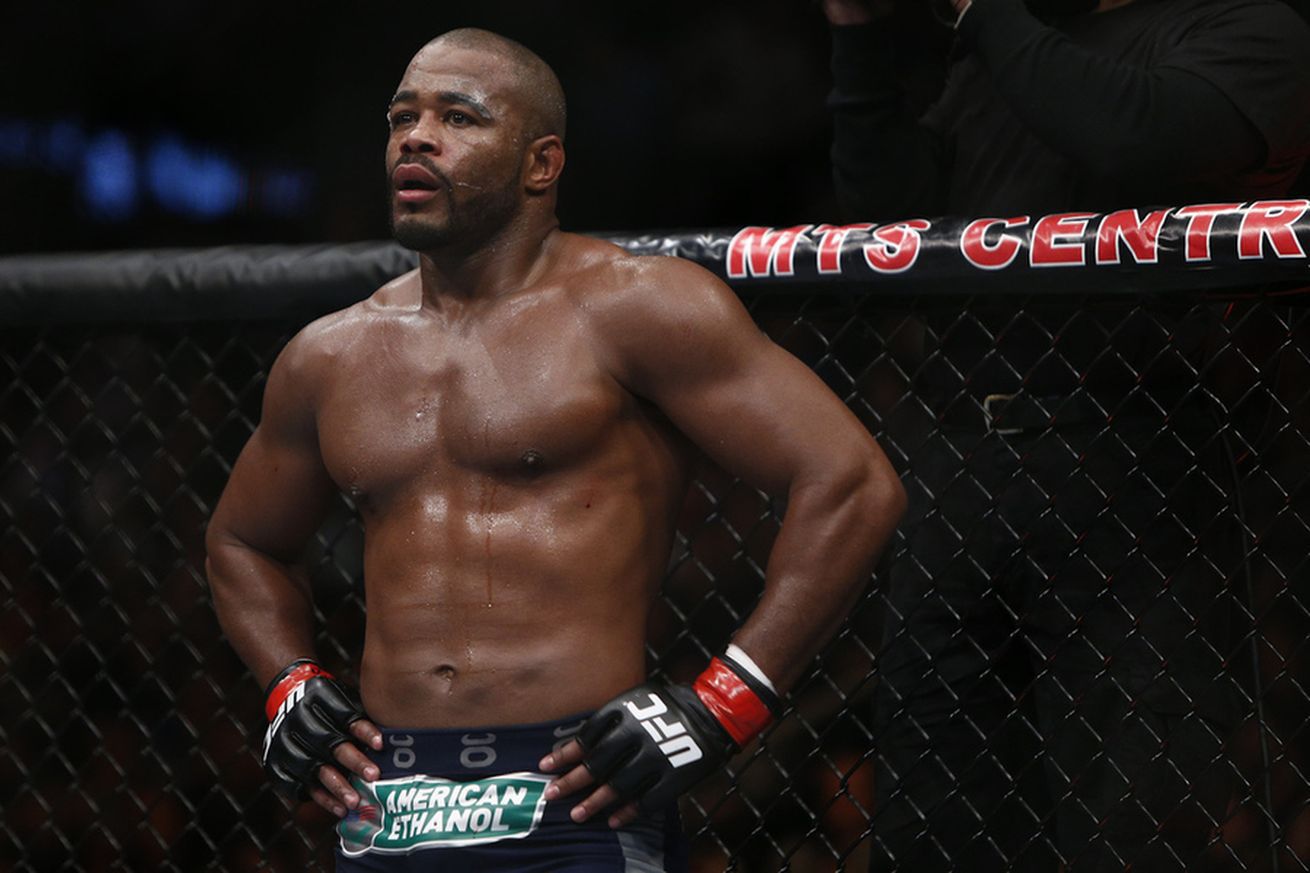 “Suga,” who returned from an extended injury layoff to battle “Darth” in “The Lone Star State,” had a chance to prove White (and a lot of other naysayers) wrong in his follow-up performance, a 205-pound showdown against light heavyweight power puncher Glover Teixeira.

Instead, Evans was knocked out in the very first round.

Faced with a two-fight losing streak for the first time in his storied mixed martial arts (MMA) career, the former UFC light heavyweight champion finally pulled the trigger on his oft-teased drop to 185 pounds.

One he told MMAmania.com correspondent and Combate Americas atomweight Nicdali Rivera-Calanoc should have come much, much sooner.

“I feel absolutely amazing. Training camp was beyond amazing. I wish I did make the drop sooner, to be honest. That’s the thing about it, it goes to show ego and pride. At one point I actually thought it would be in my best interest, physically speaking, after going with some of the monsters at 205, that maybe I should drop weight classes, but my pride got in the way. And it was like, ‘Well if I go down now, it will only look like I’m going down because I lost.’ But the reality of the situation was, I needed to go down. Not only just physically competing with those guys, but everything that came along with making me a 185-pounder has been great for me physically speaking. Because as I’m bringing my body physically closer to 185, everything in my life has to follow path, so then I was actually more focused and more about what I ….View full article