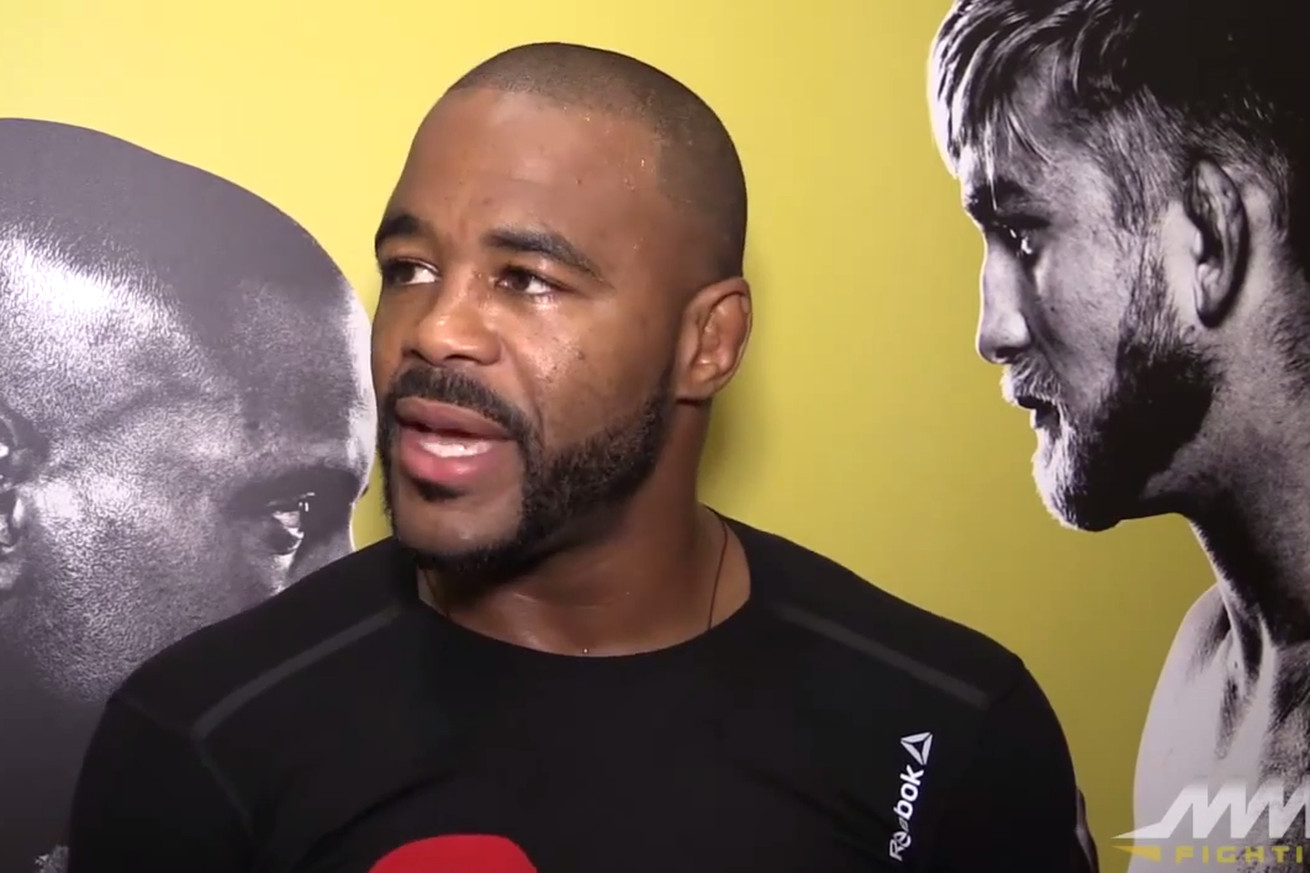 Fourteen fights into his career, Rashad Evans was a world champion who had never tasted defeat, with 13 wins and a draw on his record.

After his first defeat, in which Lyoto Machida knocked him out to claim the UFC light heavyweight championship, Evans went another three years before losing another fight.

Now 37, Evans is coming off a tight decision loss to Dan Kelly at UFC 209. That’s his third straight loss in his fifth in his past seven, four of which have been decisions.

Evans’ last victory was at the infamous UFC 167 in Nov. 2013 against Chael Sonnen, a fact of which he’s been reminded more times than he’d care to hear.

The worst, to hear Evans tell it, is when people conflate losing an athletic contest with problems in their personal life.

“For the longest time, I didn’t lose. I didn’t lose until I fought Machida. And I pretty much spoiled my family and everyone who supported me or was a fan of me, because I never lost, but I never had to deal with it, it just becomes yeah, Rashad must be good in his life. Then when I lose, its like, I’m doing terrible, something’s gone wrong.

“People think if I lose a fight, there must be something terribly wrong with a fight, now it’s about fighting anymore, now it’s life advice. It’s crazy to me.”

Still, the lack of a victory does gnaw on Evans, especially after a fight like the Kelly matchup, in which a few little things here and there may have swung the fight in his favor.

“Whenever I go to camp and do everything to make sure I can compete in the Octagon, I’m denying myself a lot, and then I say to myself to make it easier, when I win this fight then I can enjoy myself,” Evans said. “Then when I don’t win the fight I can’t forgive myself enough to enjoy myself. I just wasted my time. I give a little bit of depression. Then you gotta pull yourself out of it, it really is hard. I’ve gotten better at losing, I haven’t won in awhile, but it’s still a process. I give myself a couple days to grieve over it and get to work.”

To that end, Evans wants to get back into the cage sooner rather than later and try to get back into the groove of fighting on a regular basis. He doesn’t have a particular opponent in mind, but he did shoot down one potential foe: Fellow former UFC light heavyweight champion and former Blackzilians teammate Vitor Belfort.

Belfort had floated the idea of fighting Evans following his loss to Kelvin Gastelum at UFC Fight Night 106, but Evans wants no part of it.

“I would never fight Vitor, he’s a close personal friend, I know his family and it’s really hard to do that,” said Evans. “Fighting is unlike any other sport in the sense where it’s a fight, and at some point I’m going to want to do harm, like serious harm, in order to have my hand raised. And I can’t do that to somebody that’s I’ve had a relationship with on a personal level. That’s a fight I wouldn’t want to have.”