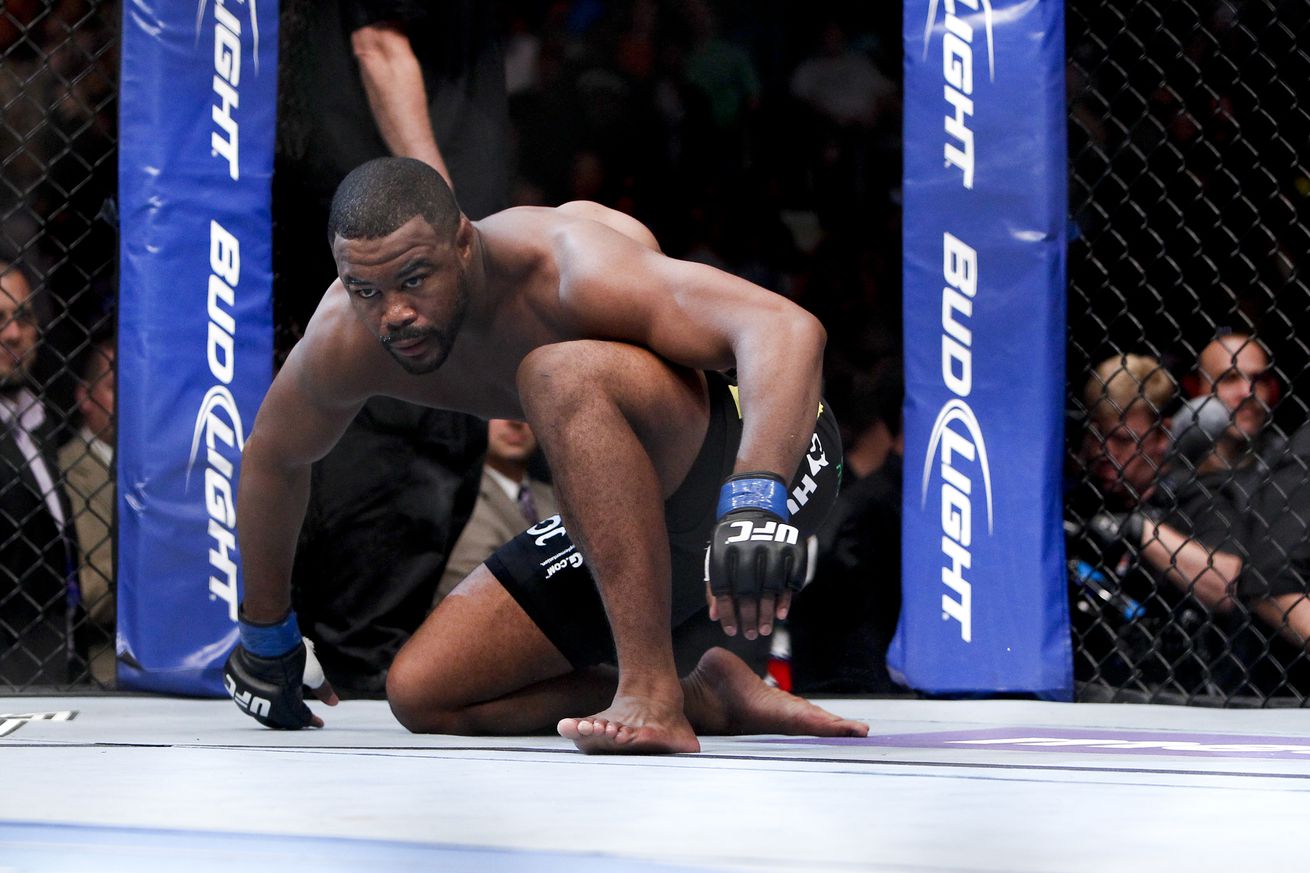 Rashad Evans can’t seem to get a license from an athletic commission.

The former UFC light heavyweight champion is out of his fight with Tim Kennedy at UFC 206 on Dec. 10 in Toronto, Kennedy told Ariel Helwani on Monday’s episode of The MMA Hour. Evans’ manager Ali Abdel-Aziz confirmed to Helwani in a subsequent interview that the fight was indeed off.

Kennedy said the Office of the Athletics Commission in Ontario stopped Evans from getting a license to compete in the province, much like the New York State Athletic Commission (NYSAC) would not license him in its state for UFC 205 earlier this month.

Abdel-Aziz said the Ontario commission is one of the toughest and they “don’t even like MMA.” The UFC is working on getting Evans back in the cage early in 2017, the manager said.

“He’s fine, guys,” Abdel-Aziz said. “Rashad is fine. There’s nothing wrong with him.”

Evans was supposed to face Kennedy on the Madison Square Garden card in New York, but the NYSAC put its foot down the week of the fight due to an issue with his MRI, Evans said. Evans also said he passed follow-up tests and has been cleared by numerous other commissions despite the alleged issue.

“I’m disappointed,” Evans told MMA Fighting two weeks ago. “I’m healthy. I don’t want anyone worrying about me. I’m fine, physically speaking. Never felt better. It’s just the commission and their rules. I guess they have a zero tolerance policy when it comes to this.”

The NYSAC issued the following statement to MMA Fighting on Nov. 9. regarding Evans’ inability to get a license: