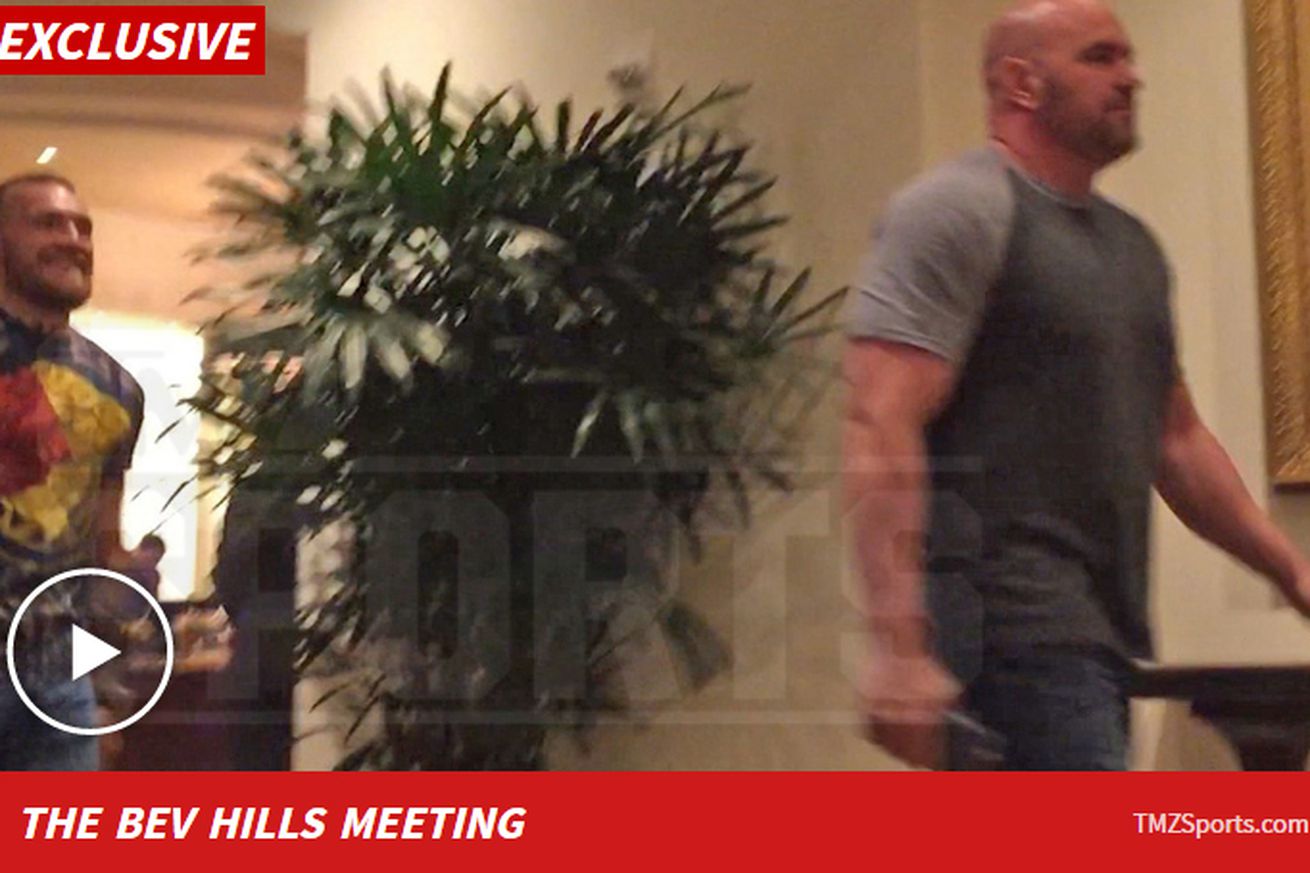 Reigning Ultimate Fighting Championship (UFC) featherweight titleholder Conor McGregor was back in the United States this week to have a sit down — and fancy-shmancy dinner — with UFC President Dana White, along with UFC CEO Lorenzo Fertitta.

“Notorious” needs a new fight now that he’s no longer competing at the UFC 200 pay-per-view (PPV) event, which takes place on Sat., July 9, 2016 inside T-Mobile Arena in Las Vegas, Nevada. One that could be announced as early as this weekend.

TMZ was on the scene:

It all went down at the ultra-swanky Montage hotel in Bev Hills — where Conor rolled up in a $500k Rolls-Royce Phantom drophead coupe and was personally greeted by White, who arrived first. Our sources tell us the two men hugged when they first met — but we’re told it was a very aggressive embrace … the kind you could hear from down the hall. White and McGregor were all smiles as they headed up the stairs to a private dinner flanked by 3 very large gentlemen. The meeting took roughly two hours.

I’m sure it was steak.

McGregor (19-3) was expected to fight Nate Diaz at UFC 200, but took himself out of the equation when the promotion denied his request to be absolved of promotional duties. No telling if his return bout will be at 145 pounds — where he has yet to defend his title — or another welterweight clash with Diaz.