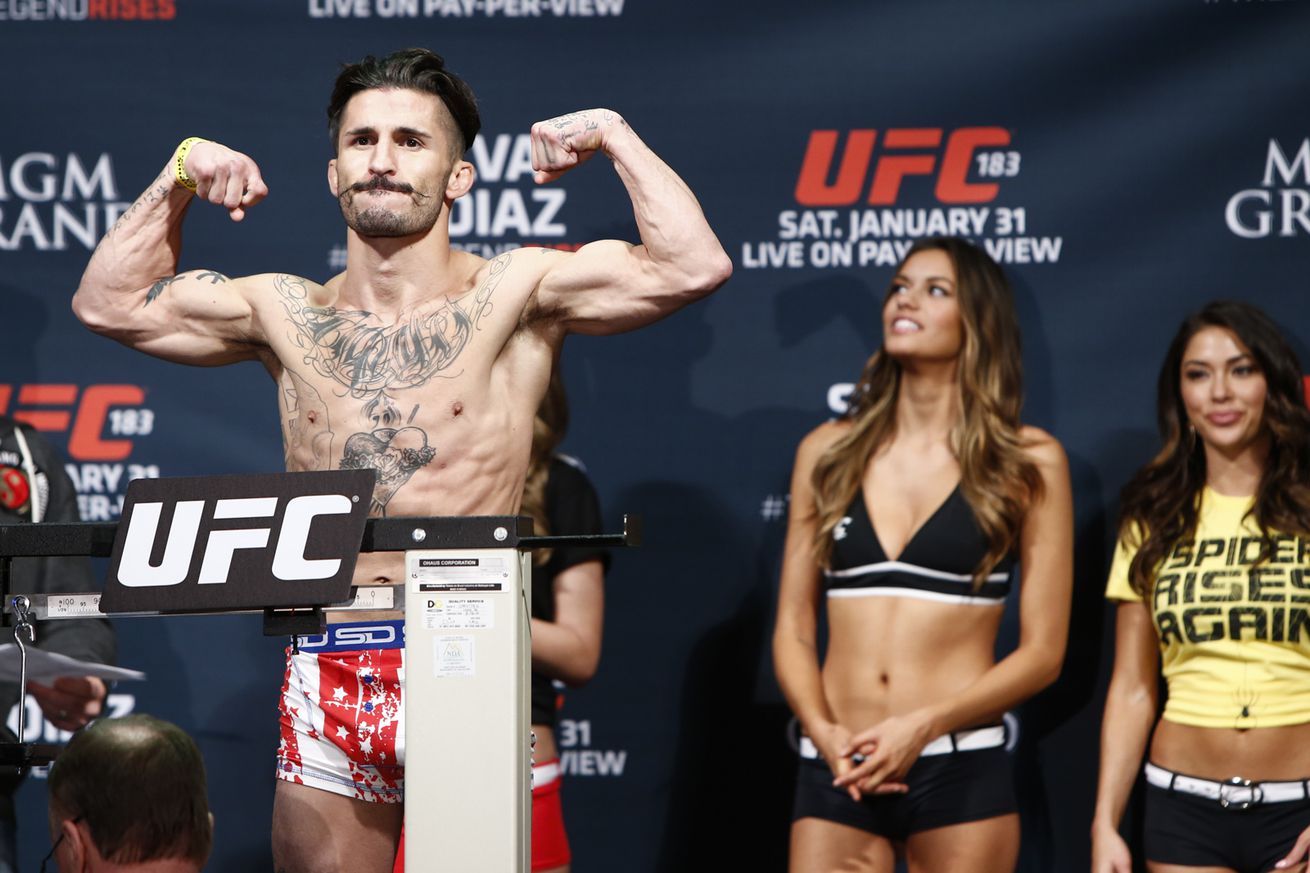 Ian McCall has once again lost an opponent during fight week. He won’t be competing at UFC 203 as Ray Borg was removed from Saturday’s card due to illness. The UFC announced the news Thursday morning. FloCombat originally broke the news.

Borg was previously scheduled to fight Fredy Serrano at UFC 201, but was removed from the bout due to an injury. This time, two days before the event in Cleveland, the flyweight has again been removed from a fight.

McCall was also pulled from UFC 201 after Justin Scoggins had weight cut issues two days before the event, and again loses an opponent hours before the weigh-ins. “Uncle Creepy” hasn’t fought since a decision loss to John Lineker in January 2015, having three fights cancelled since that night.

“I’m fine,” McCall told MMA Fighting’s Ariel Helwani after the news was officially announced by the UFC. “I’m getting paid great money to have abs. It could be worse. I just really want to fight.”

McCall also said that he eyes a quick return to the Octagon, and wants to face Irish flyweight Neil Seery at the UFC Fight Night 99 event in Belfast, Northern Ireland, on Nov. 19.

UFC 203 takes place at the Quicken Loans Arena in Cleveland, and features heavyweight champion Stipe Miocic versus Alistair Overeem in the main event.