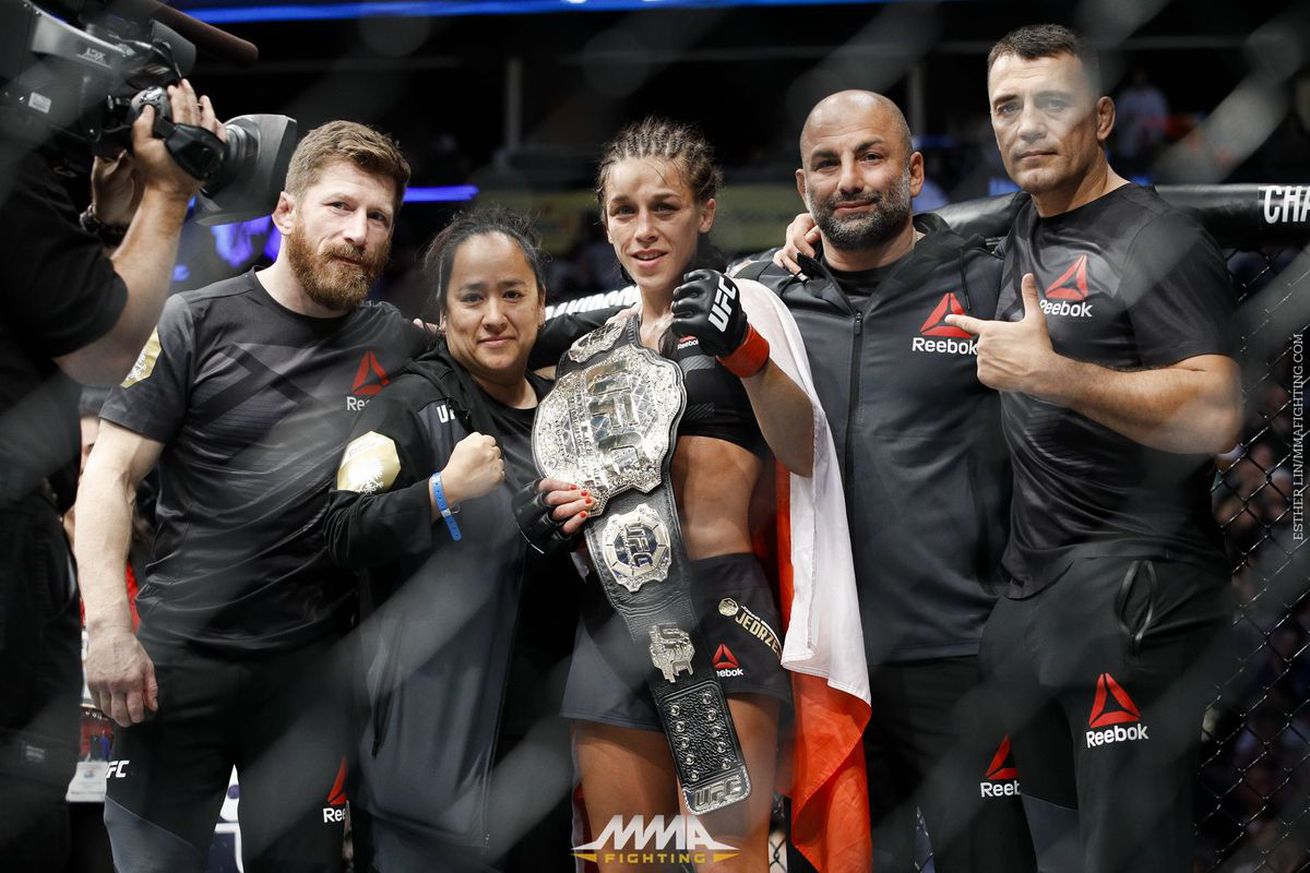 One of the biggest earners of the night was Stipe Miocic, who earned a massive $40,000 check from Reebok after knocking out Junior dos Santos in the very first round (see it). Also, Joanna Jedrzejczyk took home the standard $40,000 sponsorship check issued to title holder after defeating Jessica Andrade (recap), who walked away with $30,000 from the sports apparel giant.

As for Eddie Alvarez, who felt a huge decrease, as he only took home $5,000 from Reebok, a dip of $35,000 less he received in his previous fight against Conor McGregor, his first fight as Lightweight champion.

But that’s not all, let’s see all of the remaining payouts courtesy of MMA Junkie:

According to the report, fighters will also receive royalty and payments up to 20-30 percent of any UFC-related merchandise sold that bears his or her likeness. That’s a great way for the Internet “morons” to help the cause.