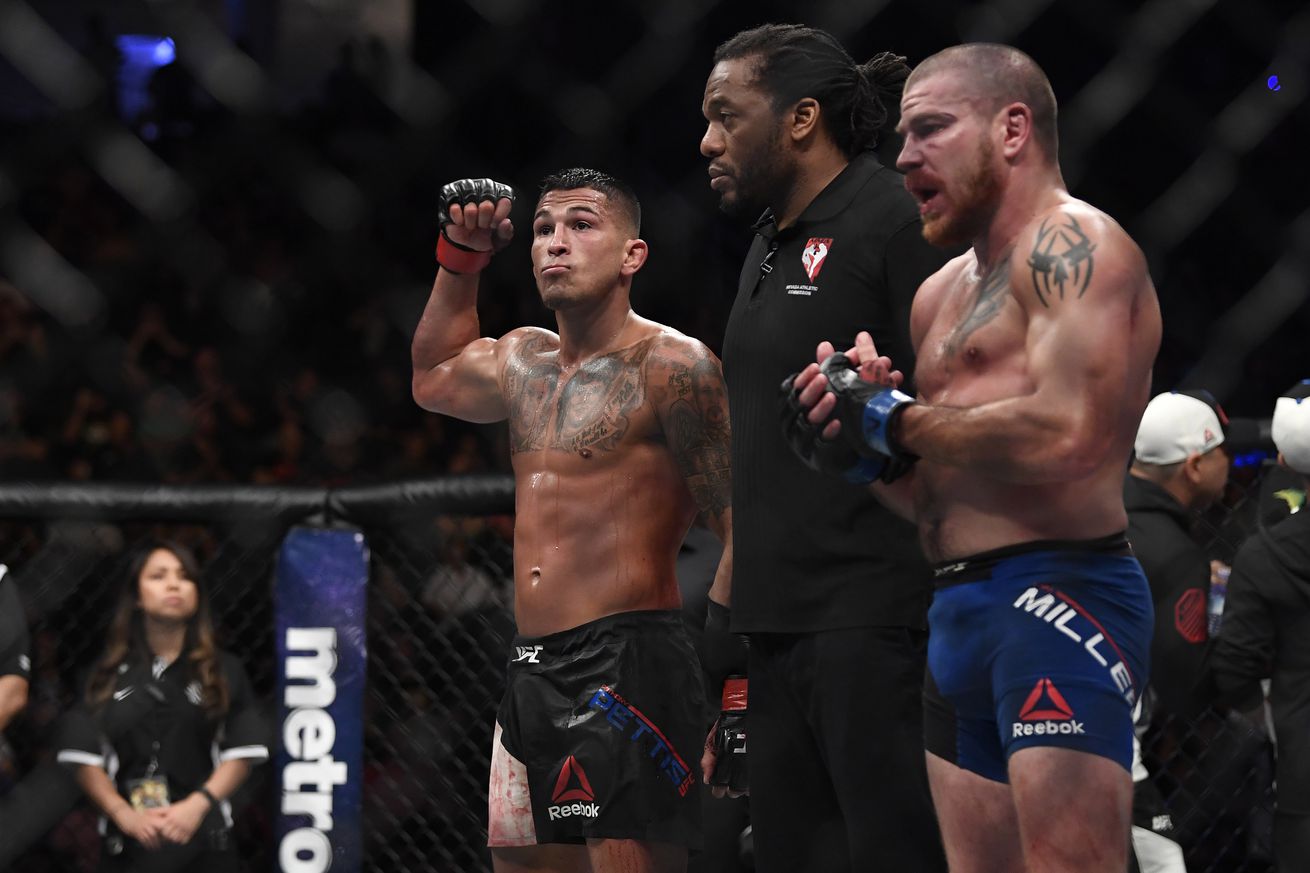 Ultimate Fighting Championship (UFC) returned to action yesterday (Sat., July 8, 2017) for UFC 213: “Nunes vs. Shevchenko 2,” which went down from inside T-Mobile Arena in Las Vegas, Nevada, and now it’s time to see who went home with the biggest slice of Reebok sponsorship pie.

The biggest earner of the night were Robert Whittaker and Yoel Romero who took home $30,000 from the sports apparel giant following their main event bout, while Jim Miller scored $20,000 in defeat after coming up short to Anthony Pettis, who took home $15,000.

But that’s not all, let’s see all of the remaining payouts courtesy of MMA Junkie:

According to the report, fighters will also receive royalty and payments up to 20-30 percent of any UFC-related merchandise sold that bears his or her likeness. That’s a great way for the Internet “morons” to help the cause.