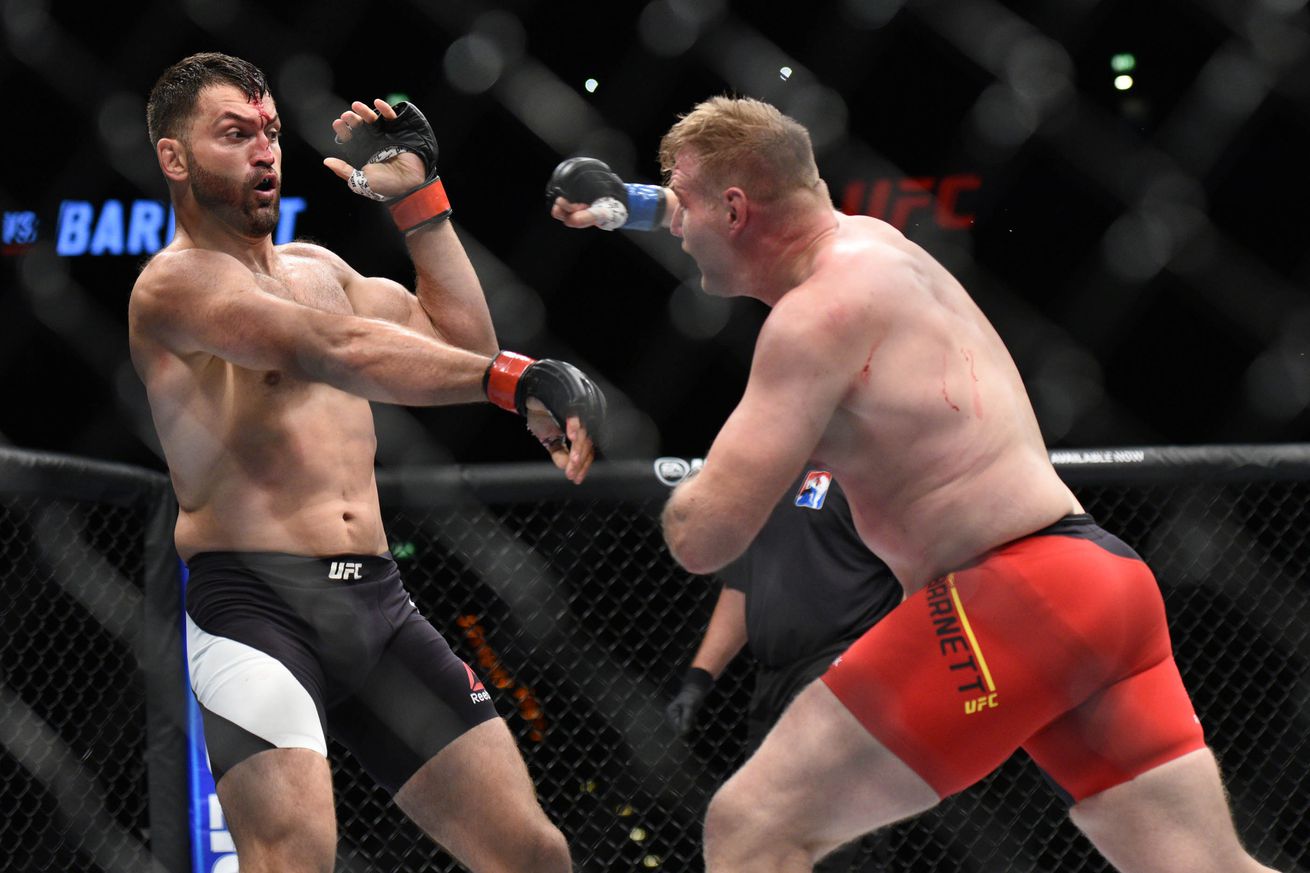 UFC Fight Night 93 went down last night (Sat., Sept. 3, 2016) inside the Barclaycard Arena in Hamburg, Germany, and now it’s time to see who went home with the largest slice of the Reebok sponsorship pie.

Andrei Arlovski walked away with the biggest Reebok sponsorship check, as “The Pitbull” took home $20,000 after suffering a third-round submission loss to Josh Barnett after a back-and-forth affair.

Speaking of Barnett, he came in second place on the payout list, banking an extra $10,000 to add to his $100,000 “Fight Night” bonus awards he picked up for his performance and win over Arlovski.

Check out the rest of the payouts courtesy of MMA Junkie:

According to the report, fighters will also receive royalty and payments up to 20-30 percent of any UFC-related merchandise ….View full article