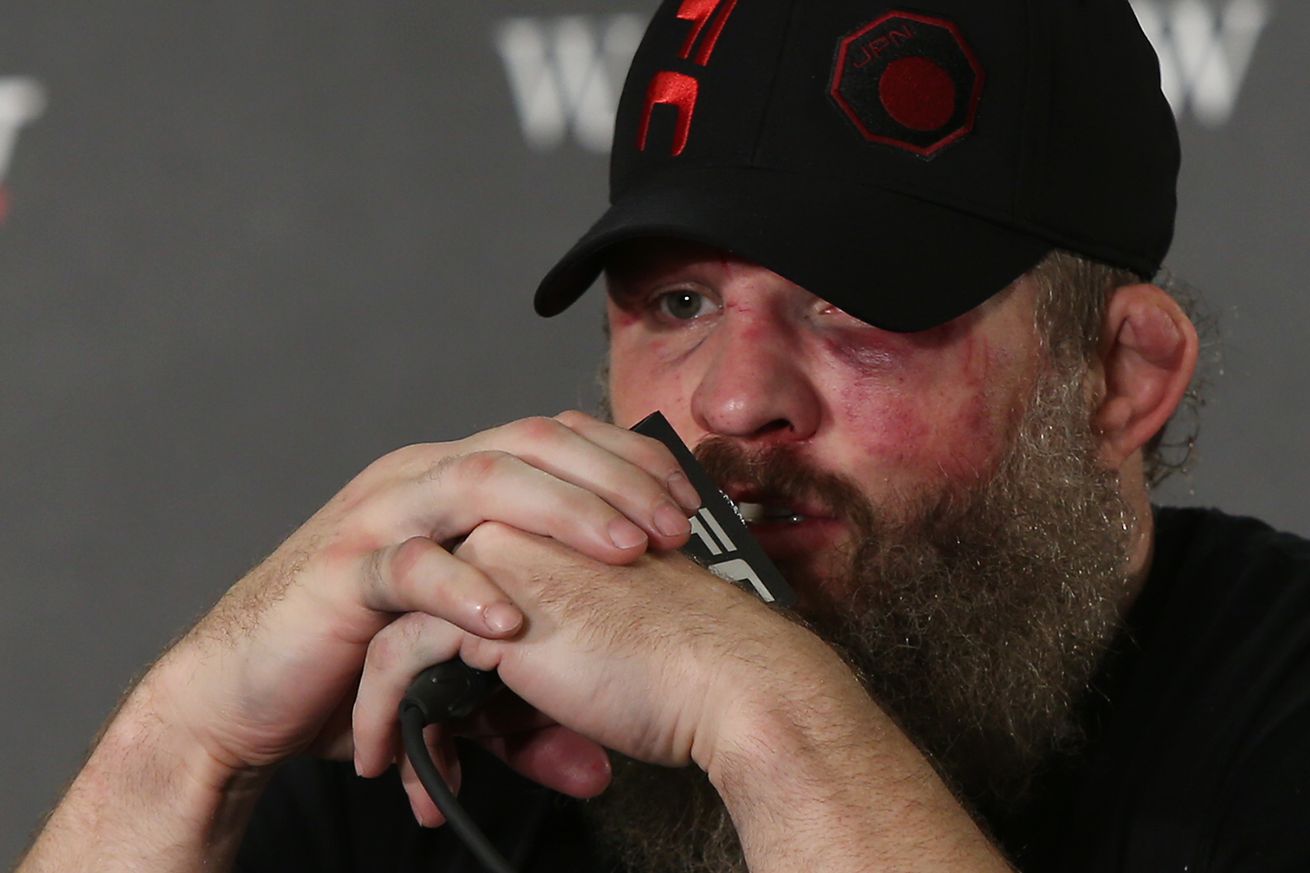 He may just get his wish.

Nelson has been temporarily suspended by Superior Justice Court of MMA — which I never heard of until this incident but has an official-sounding name — and could face massive fines upward of $30,000 for “assault” and “unethical behavior,” in addition to a suspension of up to two years.

That’s according to documents obtained by MMA Fighting, which give “Big Country” seven business days to explain why he kicked referee John McCarthy as the longtime official tended to a downed Antonio Silva (more on that debacle here).

The court’s attorney is suggesting a 14-month suspension and $18,500 fine, according to the report. Whether or not that’s enforceable outside of Brazil or recognized by stateside athletic commissions remains to be seen.

But judging by White’s comments, as well as their history, it could be awhile before we see Nelson back inside the Octagon.