Home MMA News Reflecting on UFC 186 results : Next matches to make for ‘Johnson vs Horiguchi’
ShareTweet 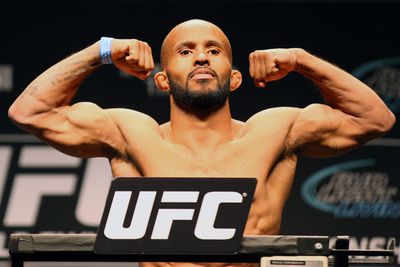 After a riveting UFC 186: “Johnson vs Horiguchi” event, MMAmania.com ponders what is next for the main card winners who picked up victories last night (Sat., April 25, 2015) on pay-per-view (PPV) inside Bell Centre in Montreal, Quebec, Canada.

Even though many Ultimate Fighting Championship (UFC) and mixed martial arts (MMA) fans were weary about this past Saturday night’s (April 25, 2015) UFC 186 pay-per-view (PPV) due to a weak card on paper, fight fans who did tune in were treated to a thrilling event from inside the Bell Centre in Montreal, Quebec, Canada.

In the main event of the evening, Demetrious View original article