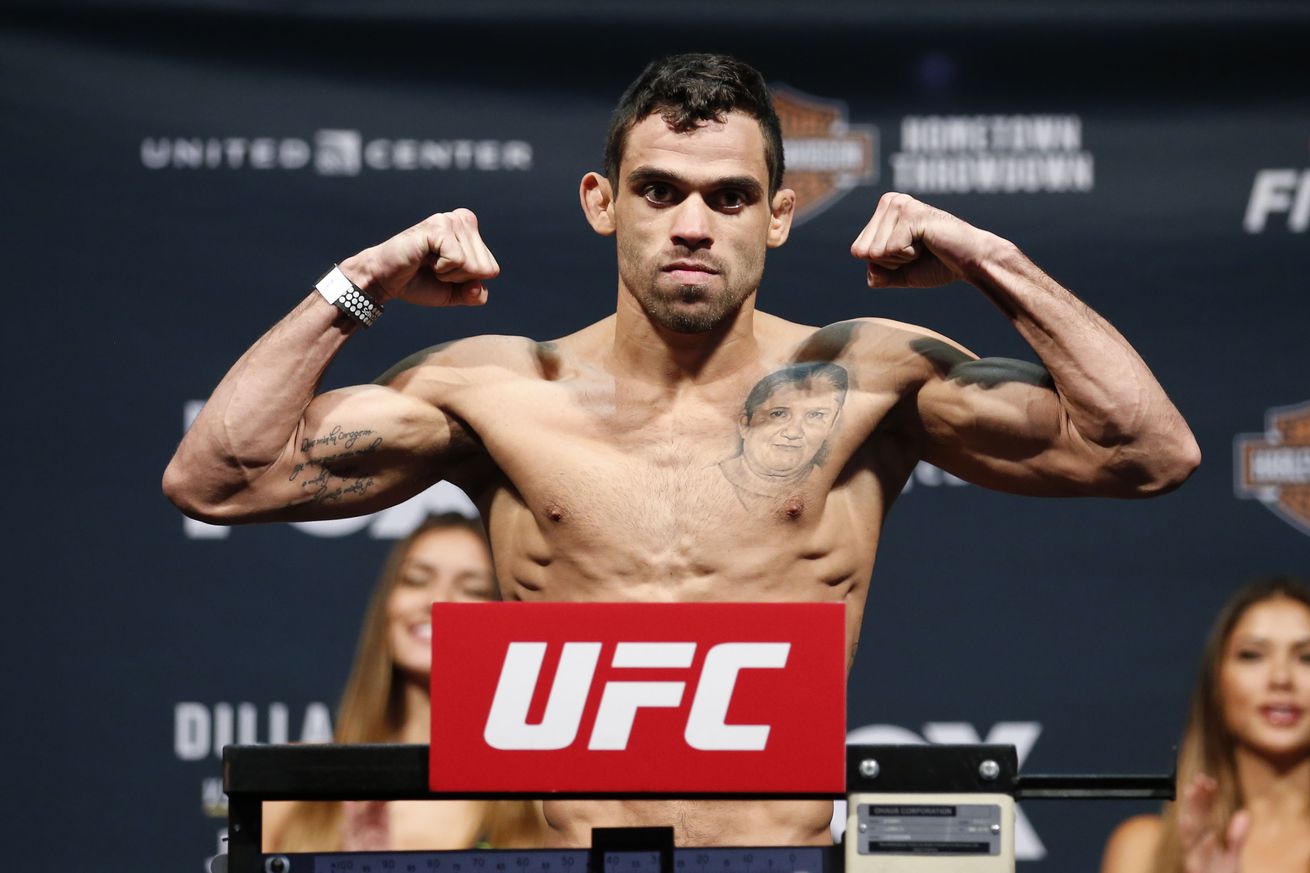 Despite losing to Jeremy Stephens via unanimous decision at UFC Fight Night 88 in what marked his first Featherweight fight with Ultimate Fighting Championship (UFC), Renan Barao is staying put at 145 pounds.

Which means no more brutal weight cuts like the one that forced him out his rematch against T.J. Dillashaw at UFC 177.

Another added benefit to staying at featherweight is having more time to focus on fighting and game planning instead of worrying about trying to get rid of the extra pounds.

He breaks it down to Combate (via Bloody Elbow):

“I hope to continue at featherweight. I feel good. Every time they booked my fights I would worry about this weight issue. I didn’t even think of the fight that much. I can think about fighting more, I can study the fight better. It was a good choice. It was too much of a struggle to cut weight and I wasn’t recovering properly. That really got in the way when I was fighting.”

As for his loss to Stephens (see it again here), Renan says the judges got it wrong, as he is convinced he did more than enough to earn the nod.

“I felt good. Jeremy has good punches. He’s strong and knocked out a lot of guys before. I fought at 145 before and I always fought guys who are heavier than me, so that was no problem. Actually, I think I won the fight. I think I won the first, lost the second for taking some shots and then the third was really close, but I managed to take him down. It wasn’t a great takedown, but I got him down and I held him against the cage. Next time I won’t ….View full article